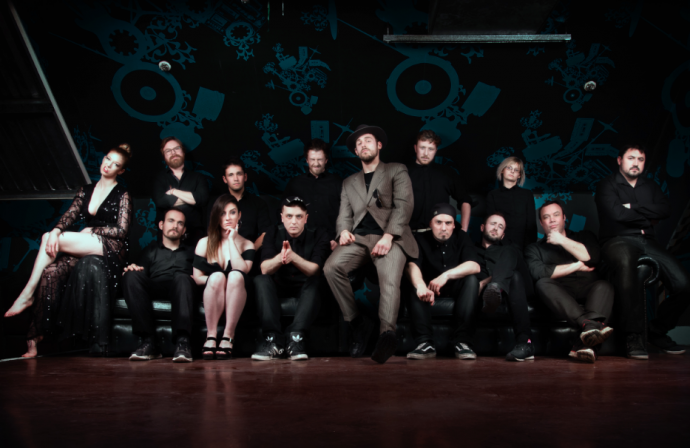 14-piece Jazz trained big band fronted by Grime MCs playing everything from huge Garage bangers to intelligent Jazz covers, THE DUTTY MOONSHINE BIG BAND are the act that everyone can enjoy and they fuse sounds and styles that you could only dream of. The band have announced a seven date UK tour for Autumn, kicking off in Northampton on 27th October and stopping off in cities including London, Bristol and Manchester before drawing to an end in Brighton on 8th December.

The band consists of multiple acts assimilated into one super band. Featuring live drums and a 7 piece brass section courtesy of Temple Funk Collective, vocals from Hypeman Sage and Maria Laveau, DJ and production from DJ Binge, guest appearances from Howla on guitar and production and Chessi on Harp. All of this mayhem fronted by the man Dutty Moonshine himself. A charismatic ex-carny who grew up with Jazz music at home and warehouse raves on the weekend.

Year in, year out they’re filling festival arenas and nightclubs with their action-packed, one-of-a-kind show. They’re independent, they’re original, they’re carving a path of undeniable success and they’re touring the UK this Autumn.