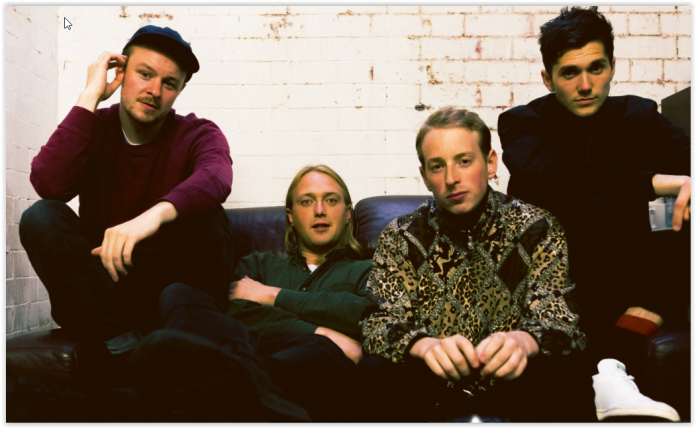 The band have announced a string of UK headline tour dates along with a brand new track ‘The Lines’. After just two EPs, Oxford experimentalists Low Island have started to build a cult following as well as support from an eclectic collection of the UK’s leading tastemakers.

‘The Lines’ is indicative of Low Island’s impossible-to-pigeonhole approach as skittering rhythms maintain a driving energy that counteracts its moody, minimalist synths and carefully enunciated vocal topline. Despite a pop-like immediacy, there’s a touch of the avant-garde about it too, with spoken word buried deep within the mix and enigmatic lyrics which lend themselves to personal interpretation.

“There have always been people who want to define the world with dividing lines,” says the band’s co-vocalist and multi-instrumentalist Jamie. “The song is from the perspective of these people, who feel threatened by those on the other side of the line. If you listen very carefully in the middle of the song, you might hear their voices.”

‘The Lines’ will feature on the band’s forthcoming third EP. Set to be their biggest statement of intent so far, the EP’s seven tracks were recorded with Joseph Hartwell-Jones (London Grammar, FKA twigs, Glass Animals) and mixed by Matt Wiggins (The Horrors, Lorde, Lianne La Havas).

As with their music, the band’s Low Island & Friends performances take the road less travelled by presenting an unconventional and immersive bill of mixed collaborative art forms (which could stretch from dance to theatre to animation) alongside their own headline set and guest DJs.