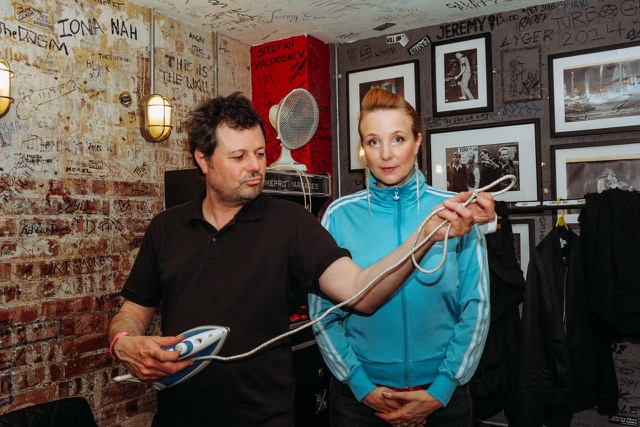 Salad Undressed are singer Marijne van der Vlugt and guitarist Paul Kennedy from the 90s band Salad. After 20-odd years of being in complete denial about ever reforming…Marijne and Paul found themselves in January 2016 finding the idea of going out on the road as a 2-piece, (just like they did in the late 80s as The Merry Babes), really quite appealing. They wanted to play the classic Salad hits and some rare B-sides and odd-scurities, acoustically. What to call themselves? The Merry Babes again? The MBs? Salad Unplugged? Ah yes…let’s pun the hell out of this one…Salad Undressed….

Live, they are not fully acoustic though…fuzz guitar and an old fashioned Melodica are also employed.

‘Being Human’ is the first single since Salad released ‘Yeah Yeah’ in 1997. It is the first track from their upcoming album ‘Good Love Bad Love’.

Salad Undressed are also recording an album of new songs with Producer and multi- instrumentalist Donald Ross Skinner for release at the end of 2017. ‘Good Love Bad Love’ is available for Pre-Order on the PledgeMusic website. Donald produced Salad’s last Album ‘Ice Cream’ in 1997 and is well known as Julian Copes’s ex-Guitarist.

Salad Undressed are currently gigging as a 2 piece and will be appearing on the Star Shaped Britpop Festival Tour with Sleeper and The Bluetones. 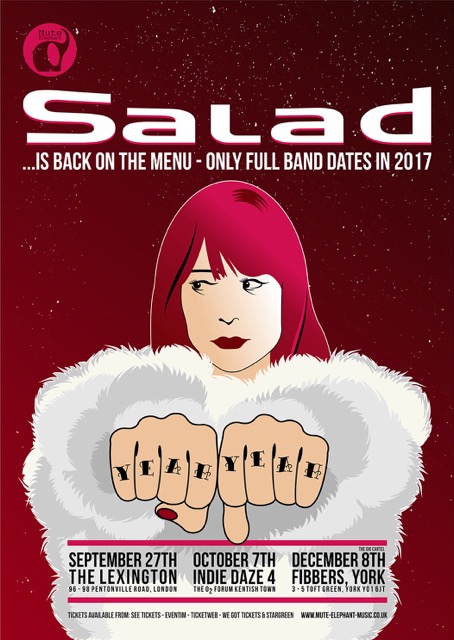