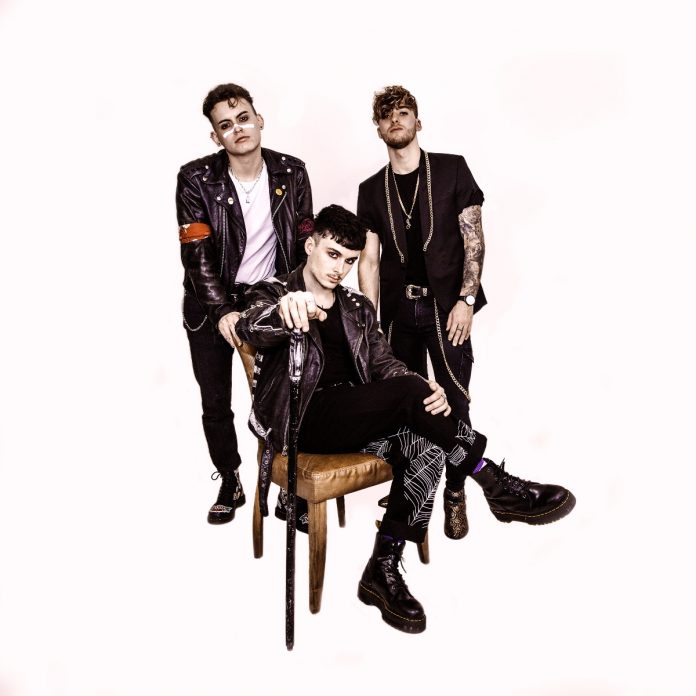 ‘FYI’ begins with the tapping of piano keys before evolving into a hip-swaggering rock banger, showing that THE HARA have songs capable of taking on arenas. The inspiration behind the track came from Josh (lead vocals), Zack (lead guitar) and Jack’s (drums) mutual love of Peaky Blinders.

“We are building our monster, it has no boundaries or rules, it’s brain has our musical souls and real-life feelings, it’s a body of work made up mostly of hardcore dirty riffs, fat filthy drum beats and anthemic sing along choruses. Anyone can be part of this movement as long you can completely lose yourself in our madness ‘cos we don’t care what anyone thinks. We (you) are the movement, rock n roll forever manx” – Josh

THE HARA are a band that have ground and finessed their live sound through their use of pads, triggers and stems to quench their thirst for rock stardom. They launched with a YouTube music video ‘Only Young’ in September 2017 which quickly amassed over 220K views and increased their ever-growing number of passionate fans. They then spent the subsequent six months writing their very first EP ‘No Regrets’ followed by a ten-date UK and Ireland tour as well as a headline slot with BBC Introducing in their home county. Their most successful track to date ‘Be Somebody’ has amassed over 500k views and became the track to define the band along with their ‘Unconscious Minds Innocently Blind’ EP (released early this year), this held at #1 for three days ahead of Lewis Capaldi in the iTunes album pre-order charts, and later led to selling out 5 of their 8 headline tour dates for UMIB. Most recently came their third ‘Tramp Brain’ EP released in September which hit #3 in the iTunes Rock Charts. This is just the start of a long and successful journey for THE HARA.