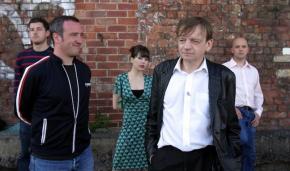 The Fall’s long association with Clitheroe continues as they return to The Grand for a show in October, 30 years on from performing at Clitheroe Castle.

They first played The Grand in April 2013, hastily arranging a show at six weeks notice. Since then, Mark E Smith and the band have recorded a single in The Grand recording studios.