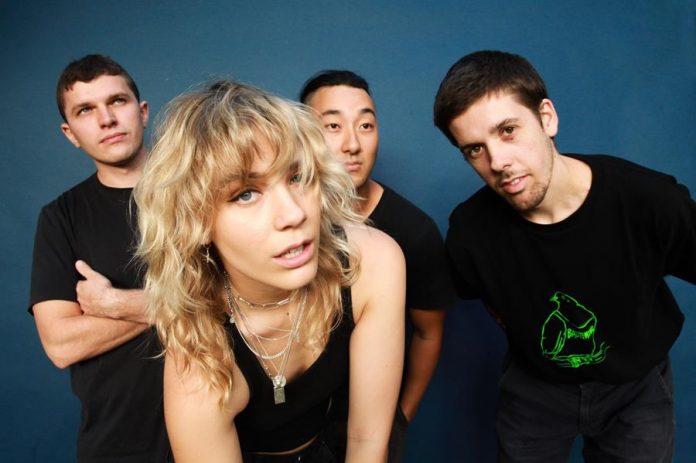 Miss June recently released the third cut ‘Enemies’ from the upcoming album. The Line Of Best Fit said that the single is “a big step forward for Miss June and a determined signal of intent ahead of their debut” with front person Annabel Liddell “in prime form, destabilising not just in her performance but her lyrics.”

The New York Times had labeled their previous release ‘Best Girl’ a “nod back at a pantheon of powerful statements and sounds… calibrated for 2019 ears craving a clever, irresistible outlet.” Consequence of Sound called ‘Best Girl’ “a bolstered, anthemic pop-punk jam for the next generation” and in the UK, BBC Radio 1 said “a creative forward thinking piece of punk music… this band are brilliant.”

The band has built a reputation for fierce, formidable and head-spinning live shows which have caught the attention of acts like The Foo Fighters, Shellac, Wolf Alice, Idles and Die! Die! Die!, who have all eagerly harnessed their support on stage.

Combining elements of post-punk, no-wave and rock, Miss June hold close their DIY roots while creating a blistering, reckless sound full of melodic hooks and overdriven riffs that are at once immediately recognizable and yet entirely their own.