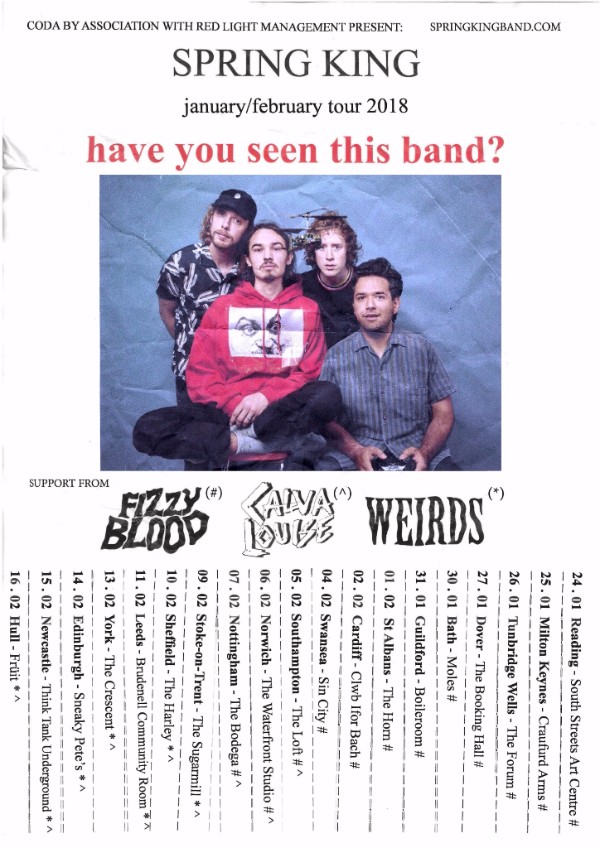 No rest for the wicked. That’s certainly the case for FIZZY BLOOD who are pleased to announce their support to Spring King on the first half of their January/February UK headline tour. Calva Louise will also join on all dates marked ^