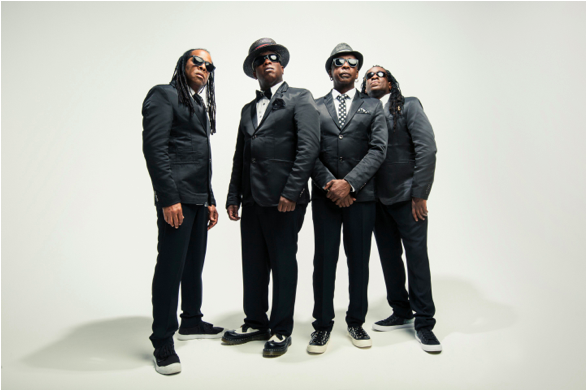 American rock superstars – LIVING COLOUR – will perform their classic album ‘Vivid’ live and in-full at a handful of UK dates in 2019.

Over 30 years since its initial release, the maverick New York City outfit will be revisiting their infamous debut record end-to-end on stages across the country, plus a smattering of hits from their establishment-quaking career.

Released by Epic Records in 1988, this game-changing release boasted totemic singles including “Cult of Personality”, “Open Letter (To A Landlord)”, “Funny Vibe”, “Middle Man” and “Glamour Boys” amongst its many riches. Produced by enlisted super-producer Ed Stasium (Ramones / Talking Heads), this seismic first effort was also notable for its guest appearances from none other than Chuck D, Flavour Flav and even one Mick Jagger (who also contributed to production on select tracks).

Released to a shower of rave reviews from the rock press including a mighty 4.5/5 in Kerrang! and global public adoration, ‘Vivid’ was an instant success, hitting the No.6 spot in the Billboard 200 Chart and earning certifiable Double Platinum status after it comfortably became one of the most popular albums of the year.

Decades later, the ‘Vivid’ legacy remains untarnished and intact, with the record even receiving prestigious inclusion in the 1001 Albums You Must Hear Before You Die book. With its seminal status unquestionable and its inspiring musical, political and social relevance more prescient than ever, in 2019, the original maestros behind this groundbreaking work will return to perform the album live and in full like never before.

Providing fittingly anarchic company on their upcoming ‘Vivid’ performances, Living Colour will joined for the dates by one of the UK’s most unflinchingly exciting new rock talents Wayward Sons, plus explosive US blues-rocker Jared James Nichols. Catch this unholy trinity on tour at the following UK dates:

* Support from Jared James Nichols Only

For more than thirty years Living Colour have created, recorded and performed their own brand of heavy rock that draws as much inspiration from yesteryear soul men and rock gods as they do from post-bop jazz and boulevard shaking hip-hop. Founded by guitarist Vernon Reid back when he was still a dreadlocked sideman with Ronald Shannon Jackson and other East Village noise ensembles, Living Colour includes vocalist Corey Glover, drummer Will Calhoun and bassist Doug Wimbish.

In 2017, Living Colour released their latest studio album, ‘Shade,’ on Megaforce Records, a record that stood as their first new record in some eight years.

Still performing with the original and complete line up, in 2019 Living Colour will return their iconic debut album ‘Vivid’ to the masses at what promise to be some of 2019 most thrilling live shows. Be there…