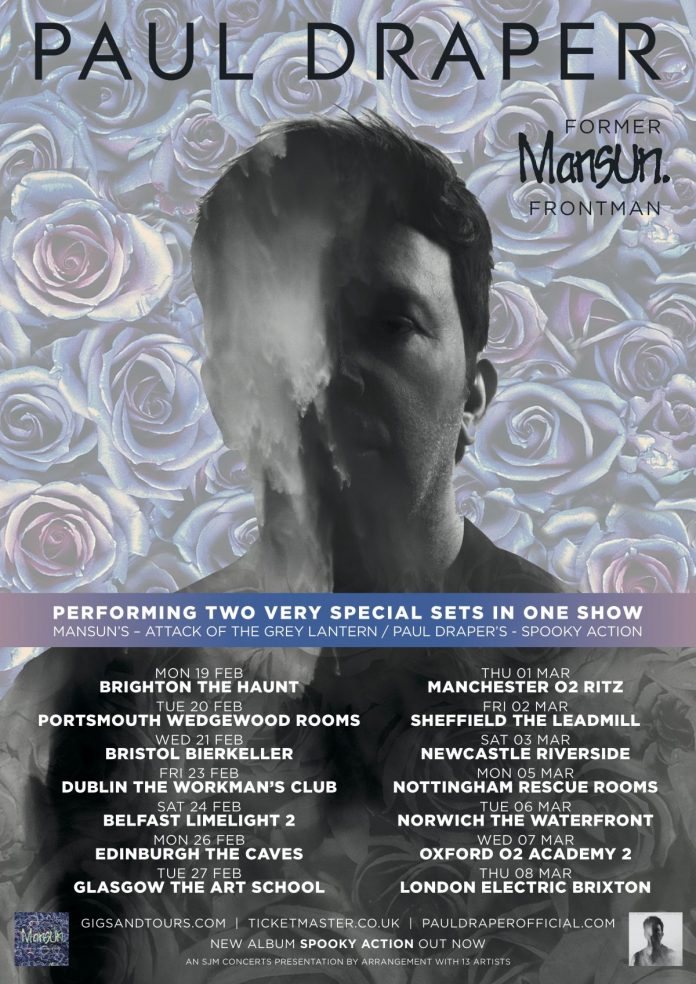 Following his recent sold out run of solo dates, Paul Draper has announced additional details about his 2018 UK tour.

At each of the shows, Paul will play two sets: first, he will play tracks from his acclaimed recent solo debut Spooky Action and the two EPs that preceded it. After a short break, he will play Mansun’s classic debut Attack of the Grey Lantern in its entirety for the twenty-first anniversary of its release. This announcement coincides with the news that Mansun’s entire back catalogue has recently been acquired by Kscope (the label behind Spooky Action). Each of the band’s albums is currently being completely overhauled for a series of super deluxe reissues over the next few years.