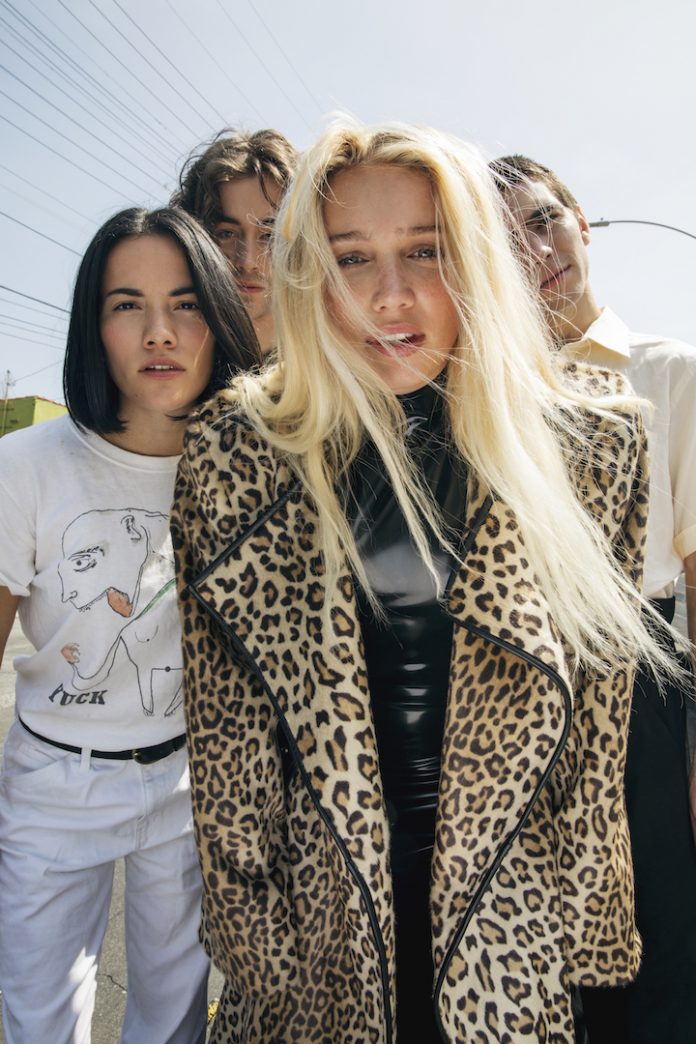 Following the release of their 7 track EP ‘House With A Pool’ Californian four-piece RUSSO has announced a string of UK shows including at the BBC Introducing Stage at Reading + Leeds festival and support dates for indie rock royalty Gomez and rising UK band Black Honey.

‘House With A Pool’ is an electrically-charged 7-track collection which reverberates with a certain energy; an underlying rebelliousness that seamlessly carries from one song to the next.

Formed in Los Angeles in 2018, RUSSO consists of singer/songwriter Cailin Russo on lead vocals, Tyler McCarthy on guitar, Hayley Brownell on drums and backing vocals and Sean Ritchie on bass. Upcoming live dates below. For more information head to: www.wearerusso.com