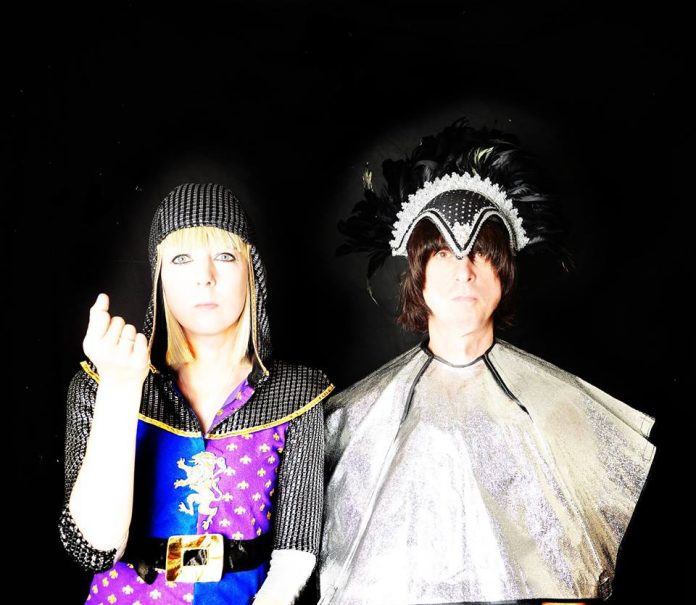 Hot on the heels of their rammed and raucous Winter tour, Northern psychedelic punks THE LOVELY EGGS announce their next series of live dates for May & June 2018. The shows will follow their current February gigs and the release of their forthcoming album This Is Eggland (out 23 February on Egg Records.)

The Lovely Eggs are one of the most unique, innovative and genuine bands on the British Underground music scene. Setting themselves apart from the mainstream, they’ve built up a cult following which is due to blow wide open with their mild-melting new album,produced by Flaming Lips/ Mercury Rev producer, Dave Fridmann. You can sample what’s in store with their brand new single, “I Shouldn’t Have Said That”, which is out now. They will be supported by comedian Phill Jupitus (in his guise as Porky the Poet) on all dates.

This Is Eggland is heavier and more in-your-face than anything they’ve done previously. Married couple Holly Ross (guitar/vocals) and David Blackwell (drums) bring together a fierce DIY ethos, surreal sense of humour and kitchen-sink realism. Dave Fridmann lends his magic dust to bring out the best of The Lovely Eggs’ explosive blend of motoric krautrock, 60s psychedelia and punk rock attitude, all flipped over and egged up.

The album title This is Eggland is a cheeky nod to Shane Meadows’ series, This Is England. It is a comment on the current state of the country, with The Lovely Eggs encouraging people to build their own worlds and create their own reality in these troubled times. The album is about being an outsider and doing things differently, eschewing society’s conventions as they have done.

The album was self-recorded at Lancaster Musician’s Co-op (a non profit making recording studio and rehearsal rooms, where the pair met and David works) and the Eggs’ own house in Lancaster, while their three year old son was in bed. Dave Fridmann then produced it remotely with the band sending demos and working progress back and forth. The result is a gratifyingly rich sounding record, which still retains the raw energy of the band’s sound but harnesses a real power and dynamism. It’s much heavier than anything they’ve done before. As Holly says: “It’s pretty relentless. It kind of sounds like a chip shop on fire. We still write about everyday life and the stuff that goes on in our world, it’s just the new album is more fierce and really tells it like it is.”

The single “I Shouldn’t Have Said That” is out now:
Digital: http://smarturl.it/TLEIShouldntHaveSaid
7″: http://www.thelovelyeggs.co.uk/Said-That-Single.php