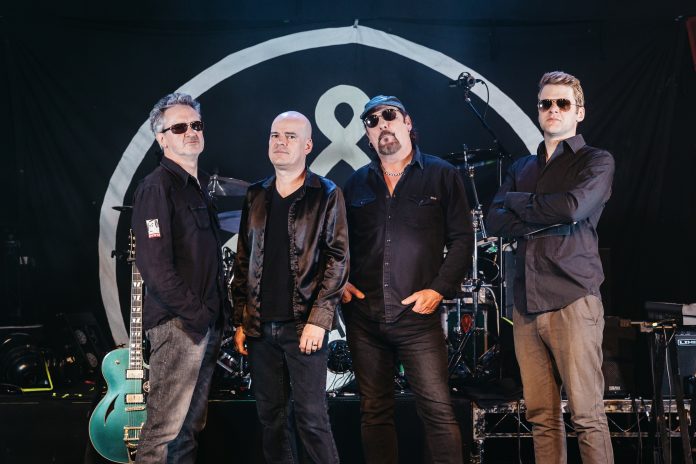 Tickets are on sale from: https://bnd.lc/themissionuk

Wayne states: “Asking me to write about the anticipation of touring Europe whilst in the throes of a 12 week solo slog around the continent & British Isles is a bit like asking me to explain the taste of egg soufflé after being force-fed boiled eggs every day for 3 months. There is a world of difference between a boiled egg and one that is souffléd. As it is touring solo and touring with The Mission. Hence, we, The Mission, are heading out to tour Europe & Brexit’ed UK in early spring next year. Why? Don’t need a reason, we just fancy it.

Having just toured Europe it strikes me that one thing that unifies people of any & every culture and race is music. It brings people together to celebrate, to commune, to share the experience. This is why I’ve named the tour ‘The United European Party Tour’. Less a political statement (although my personal leaning – and I don’t speak for the rest of the band – veers toward Brexit being a huge backward step) but more a statement about how people can be united regardless of where they are born or where they live or their politics.

Music is about people, emotions, feelings, togetherness; not division, borders, extreme right or left or wanker politicians. So let’s get together, have a sing-song, some fun, and let’s celebrate life and being part of the human family. One thing I wanted to do on this tour to ease the rigours of spending another solid 10-12 weeks on a tour bus is to play two nights everywhere we can. That affords us at least one night in two sleeping in a hotel bed. It also enables us to play completely different sets on each of the 2 nights.”

“Our plan is to play songs one night exclusively from our 1st, 3rd, 5th and so on albums – First Chapter, Children, Grains Of Sand, Neverland, Aura, & The Brightest Light – whilst the other night will be songs exclusively from albums, 2, 4, 6 etc. – God’s Own Medicine, Carved In Sand, Masque, Blue, God Is A Bullet, & Another Fall From Grace. Which set comes on the first night will be decided on the day, so you’ll never know which you’re gonna get first”, Wayne explains, “A little devious maybe but to ensure you don’t miss a beat you’ll need to attend both nights……Ah, come on, it’ll be fun….”

With the original members Wayne Hussey, Craig Adams and Simon Hinkler being joined by drummer Mike Kelly in 2011 and armed by one of the most rabid fan bases in the world The Mission will continued to excite the legions with the announcements of their forthcoming shows “The United European Party Tour” in 2020. 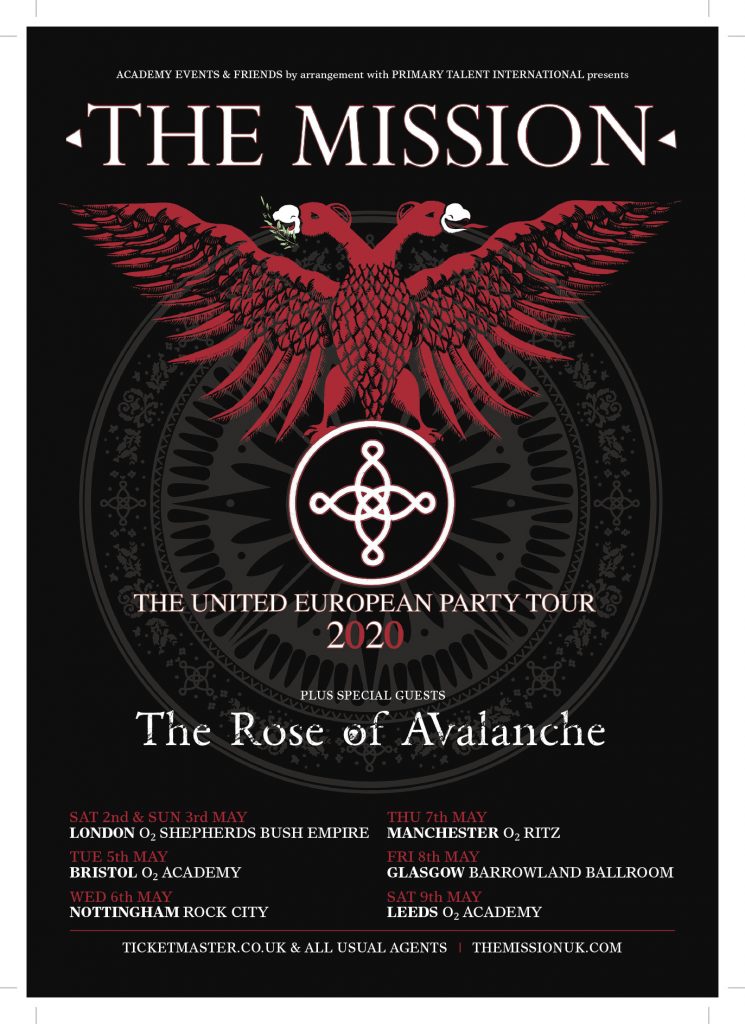