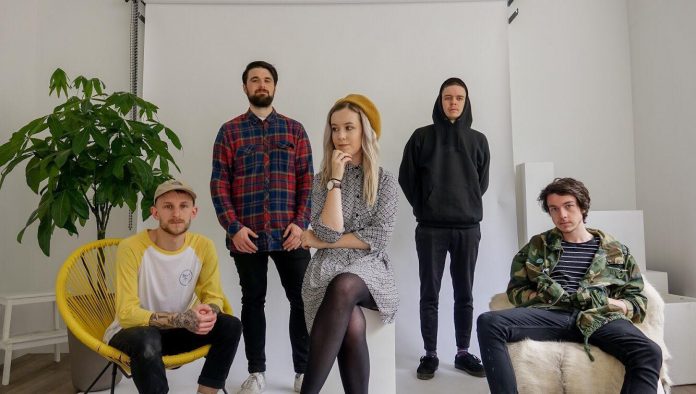 The Winter Passing have always fearlessly followed their own path, an approach fueled by their distinctly collaborative nature. Every member brings a unique set of skills, influences, and perspectives that coalesce into a sound that is difficult to categorize but easy to love. On their fittingly titled new EP, Double Exposure, the Irish quartet take this approach to a new level, expertly layering their many inspirations for the sake of one goal: to create music that moves listeners.

On their debut LP, 2015’s A Different Space of Mind, The Winter Passing created an infectiously raw mix of punk energy and indie rock quirks that garnered critical acclaim. When the time came for a follow-up, the band sought to create a record that built on that adventurous spirit and further utilized each member’s individual musical sensibilities. The band recruited legendary producer J. Robbins (Against Me!, The Promise Ring, Texas Is The Reason, Jets To Brazil) to help execute their vision in the studio, and the result is an incredibly dynamic release that effortlessly bridges the gap between anthemic punk rock melodies and the spunky complexities of ‘90s alternative. While its moods and tones are many, Double Exposure is an impressively cohesive release with a uniquely Irish spin.

The Winter Passing have never shied away from intensely personal lyrics in their work, but on Double Exposure the band write with an even deeper vulnerability. Predominantly crafted by brother and sister songwriting duo Rob and Kate Flynn, the EP’s lyrics form aloose concept around the use of multiple starkly personal perspectives being seamlessly woven together to make a unified narrative. This approach creates a universal quality to very personal songs that follow the sibling’s parallel struggles with the physical and mental instability caused by intense anxiety.

More than most bands, The Winter Passing is a sum of its parts, and Double Exposure is the result of that cooperation at its finest. Each member’s distinctive contributions blended together to make an incomparable portrait of a band coming into its own.