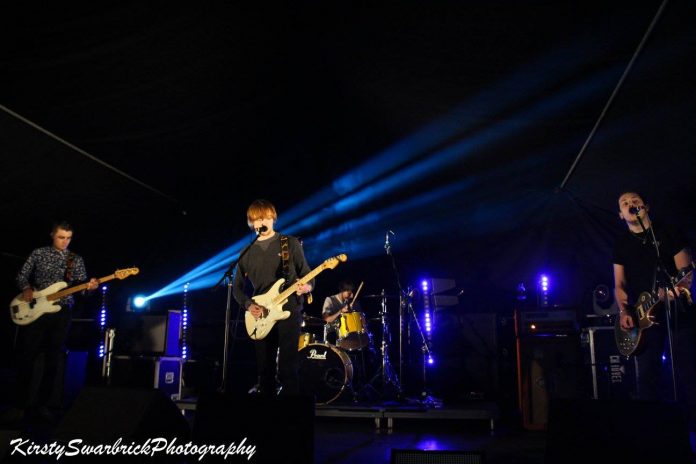 Following a main stage appearance at Kendal Calling and support slots with Cast and Inspiral Carpets, Manchester’s Student Band of 2016 The Chadelics have announced a worldwide release of their new single Love Me Again.

Noise Cannon’s Ben Smith described Love Me Again: “A beautifully melodic and matured side to The Chadelics everyone’s been itching for since the ‘Ryan Said Its OK’ EP. ‘Love Me Again’ sees the powerful northern quartet demonstrate their creative flare with grace and excellence.”

Joe said: “This is definitely a new direction for us and we strongly believe in what we are doing. The new track ‘Love Me Again’ is like a melting pot of everything I’ve been soaking up in terms of songwriting.”

A busy year has seen the four teenagers supporting Cast, Inspiral Carpets and winning the Manchester Student Band Competition which landed them recording time at Blueprint Studios in Manchester and a main stage appearance at Kendal Calling to hundreds of fans. It was a great step up for the Cumbrian rockers who last year stormed the Woodland Stage at KC.

“These are exciting times for us,” said guitarist Robbie Coplen. “The last few weeks have been a bit mad from recording the single one week to supporting Cast the next.”

They recorded the single in two days at Salford’s Blueprint Studio under the expert ear of producer Ian Stewart.

Drummer Zack Smith adds: “Being in the studio was absolutely brilliant and we were working with some great people who have worked with some big names and that was amazing for us.

“It just seems like everything we’ve done this year, we’ve turned it up a notch, doing things we never expected, but you don’t really notice these things and how far you’ve come until you look back on them. We’ve achieved a lot since last summer, but it feels like there’s a lot more to come.”

Love Me Again will be available on iTunes, Spotify and other major platforms, download from 12th Nov.