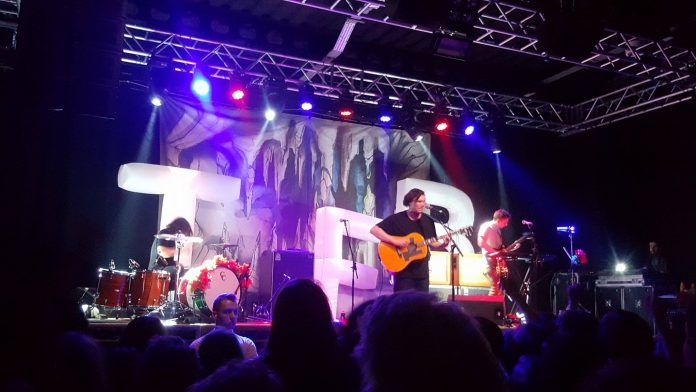 Leeds University’s Student Union hosted the American Pop-Punk band The Front Bottoms on their Back On Top tour on Friday 5th February. Brain, Mat, Tom and Ciaran, the New Jersey quadruple who make up the band, were supported by hundreds of dedicated fans. The band started out as two childhood friends but after releasing three studio albums, the most recent being ‘Back On Top’ in September 2015, the band have accrued an almost cult like following.

Walking into the gig you instantly feel like part of a community, everyone is there to see your favourite band and this alone creates a sense of euphoria before the sound check even begins. As the time nears 8.30pm and the suspense starts to build the energy in the crowd shifts. Those wanting to get into the full excitement of singing their hearts out and being pushed around by fans craving that unobstructed view of the band flooded to the front of the room. Remaining at the back of the crowd are those wanting to enjoy The Front Bottoms’ unique sound without being crushed to the beat of Ciaren’s spirited trumpet.

As the band took to the stage and opened with their popular hit ‘Auviour’ the crowd opened their lungs and began to chant the lyrics back; almost in time. The rhythm of the crowd may not have been perfect but the atmosphere couldn’t be faulted. From the slightest foot tap to erratic jumping, it was clear every single person in the crowd was enjoying their long awaited moment with the American foursome.

The appreciation of the bands journey across the Atlantic Ocean was evident from the crowd and it wasn’t long until they experienced a true English greeting. Between chants of ‘Yorkshire’, lead singer Brian was subject to the classic drinking chant ‘we like to drink with Brian’ and managed to empty at least four bottles of Budweiser by the 5th song. 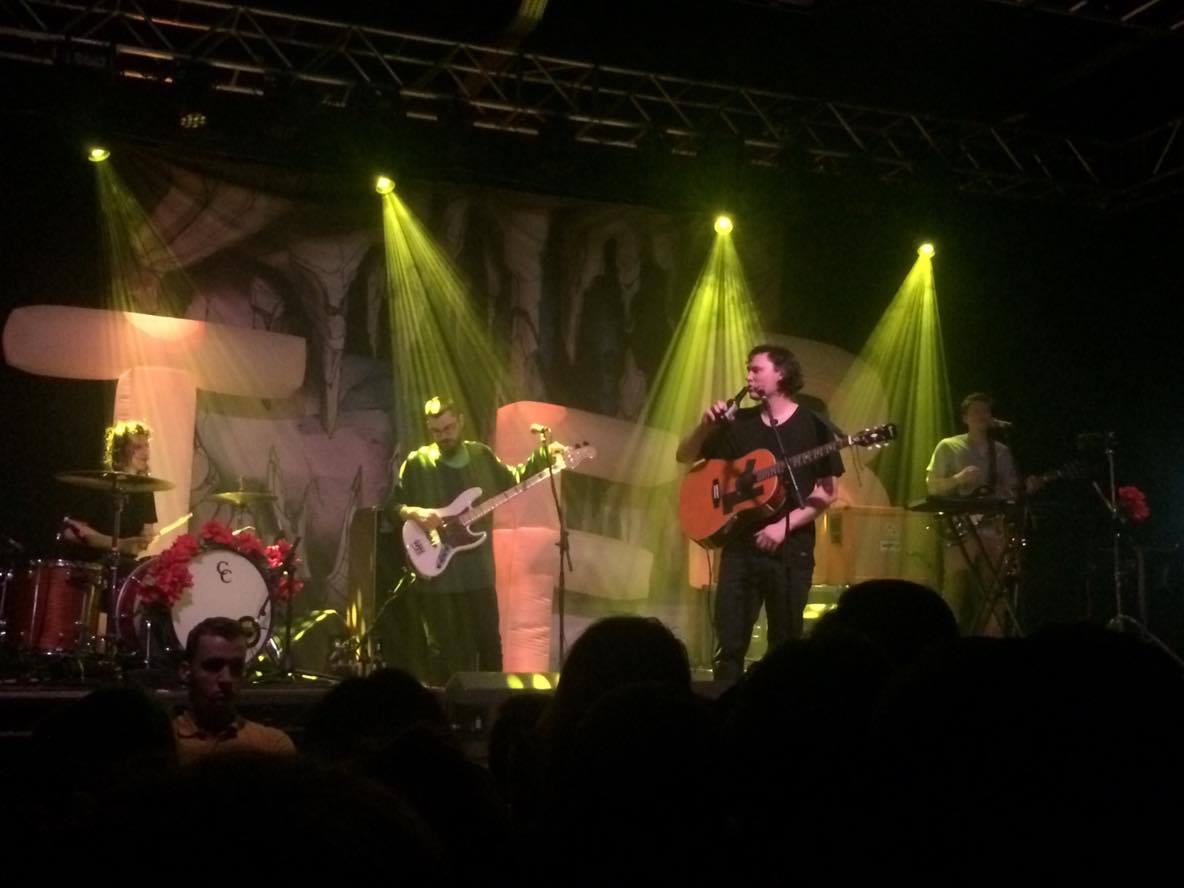 Brian’s charisma and willingness to participate with the excitable crowd made the experience all the more personal. His awkward jokes and enthusiasm on stage was complimented by the unusual, but much loved, bubble machine. The bubbles made their appearance around the third song and after that neither the crowd nor the band on stage could get enough of them. Although an unusual addition to the bands set the bubbles brought that individual and quirky aspect of pop punk to life.

The setlist included something for everyone with a range of songs from their earlier albums mixed in with those from their most recent album. For the die hard fans every song was a treat and a chance to sing their hearts out. For those that didn’t really know The Front Bottoms, the band were engaging and their songs very catchy. The main experience most people want to take away from a band is feeling like they had the best time possible and engaged in a personal way, especially in a relatively small venue such as the students union. The Front Bottoms managed to give the crowd what they wanted even if it meant diverting from their setlist. When the crowd chanted for them to play ‘Swimming Pool’, it took Brian and Mat only a couple of seconds to rearrange their thoughts and play on straight into the crowd’s hands.

Overall the experience was thrilling, personal and entertaining but it wouldn’t be complete without an encore of everyone’s favourite song. After an hour of screaming our throats dry, jumping until our feet were numb and crowd surfing to be that inch closer to the musicians before us, a group sing along was the perfect way to round up the whole experience. The Front Bottoms made their way back onto stage and picked up their instruments one final time to serenade us with their most popular song, ‘Twin Size Mattress’.

After an exhausting hour, the crowd exited the building still singing an inaudible array of lyrics over one another whilst the buzz of the night remained in the air… and our ears. 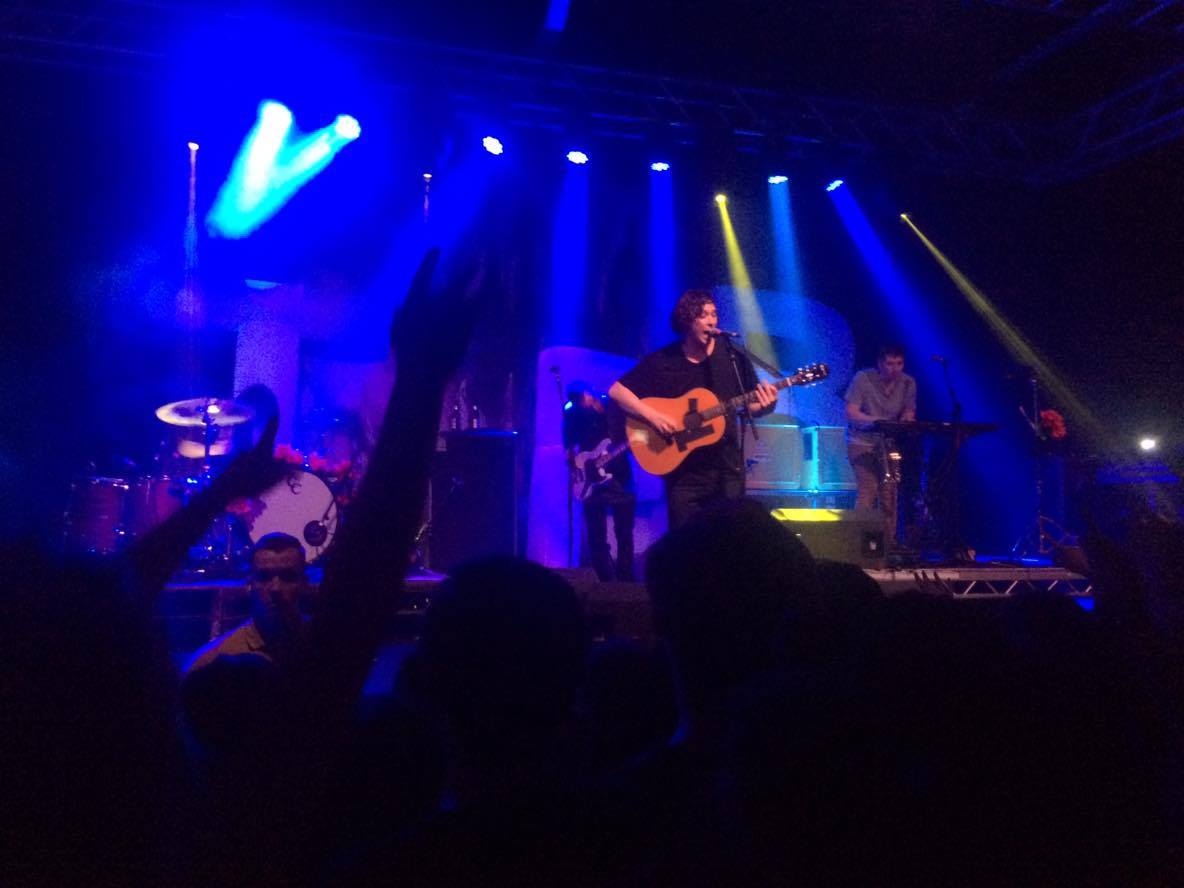