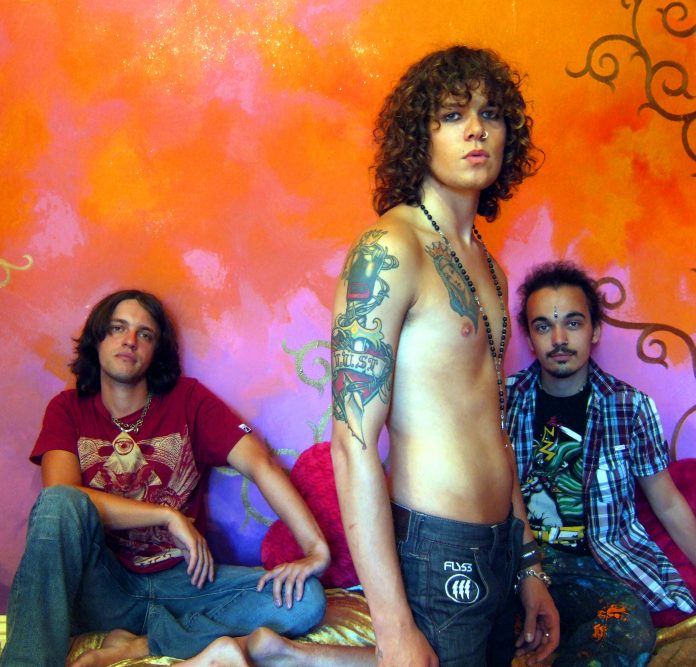 New York Alcoholic Anxiety Attack originally formed as Plateau Skull back in 2004 by singer/songwriter Mik Davis and bassist/songwriter Matt Graham, before quickly changing their name and line up. Mentored by award winning author and poet Joolz Denby and New Model Army frontman Justin Sullivan, NYAAA were active as a three piece between the years of 2004 to 2011. During that time, the band regularly frequented the UK festival circuit, including six Glastonbury appearances. They toured clubs and venues extensively throughout the UK including shows in Germany, supporting artists such as Michael Monroe (Hanoi Rocks), Trigger Finger, The Stranglers, The Only Ones, Eighties Matchbox B-Line Disaster, Stiff Little Fingers and many more. Before dis-banding, they had caught the attention of music industry moguls via Red Bull Records and an unnamed London based management agency associated with Century Media. NYAAA subsequently recorded two singles ‘Lullaby Us’ and ‘Sunriders’ with Grammy Award winning producer Matt Lawrence (Amy Winehouse/The Rolling Stones/U2 etc)

2012 saw New York Alcoholic Anxiety Attack briefly continue under the moniker of Utopian Love Revival, releasing four singles written and recorded towards the back end of NYAAA’s career. Mik Davis cited ‘it didn’t feel right to release the singles as NYAAA’ – Mik Davis later went on to have some success fronting hard rock/post-grunge band ‘Monster Jaw’ and most recently as the founder of electro/dark-wave rockers ‘They Called Him Zone’ (Eromeda Records).