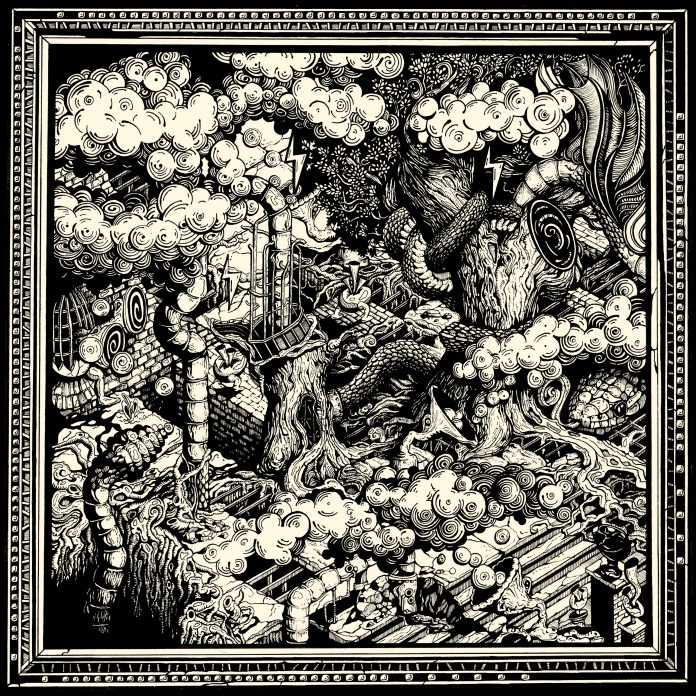 Fresh off the back of the release of their debut album in 2020 + a rescheduled UK tour announced for late 2021, TEAM PICTURE release Music For Hauntings: Vol I. Across 17 tracks, the band journey through early demos, unreleased tracks and remixes from their debut album, including a WH Lung re-work. The album is released digitally on 14th May.

Speaking about the release, singer + guitarist Josh explains “Music For Hauntings is the first in an (ir)regular series of Official Bootleg compilations. A musical journey through our murky past and into our glistening future. We gots early singles, unreleased songs, creepy demos, bopping remixes and other oddities. It’s one continuous sound collage of japery and pretty much the greatest mixtape you’ve (n)ever heard. Go for a long-ish night-drive, stick MFH:VI on Loud + don’t touch that shuffle button”

The incredible artwork is a hand-drawn interpretation of the cover of the band’s debut album The Menace Of Mechanical Music by artist Sarah Smith. There will be limited hand-made CDs created using recycled materials.