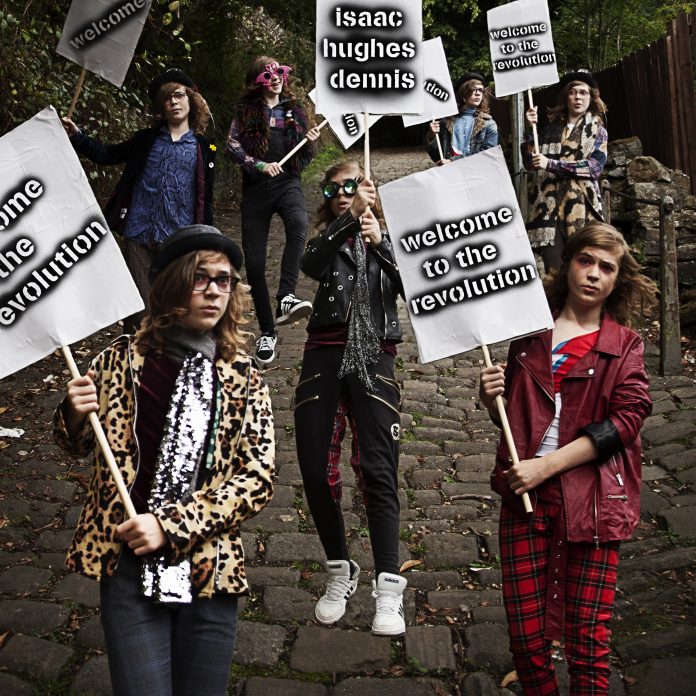 How you feel about giving this album a go will depend on how you feel about post-folk with sometimes a comedic, and social and/or political angle. Or indeed how you feel about music that is funny in general. I myself have what might be described as an extremely selective approach to this – I like Tim Minchin a hell of a lot, admire the songs of Victoria Wood, and am normally to be found rolling on the floor helpless with laughter at Bonzo and Neil Innes songs. However Weird Al Yankovic leaves me completely cold.

The thing with Isaac’s album is that it covers a wide range of subjects in his songs at least one of which is going to chime with you. And there is a message in some of the songs which might be broadly described as left-wing. Musically some of it has a certain Bonzo thing going for it and some of it rather strangely reminded me of Arlo Guthrie (son of Woody and writer of ‘Alice’s Restaurant’ which is hilarious, well worth a YouTube or Google search). And the music here is rather good, Isaace sure knows how to play, his singing style and voice are rather compelling.

The album opens with ‘Adolescent Syndrome Disorder’ a song about the experience of being a teenager set mainly to a ragtime thing (although it dips briefly into ‘Teenage Dirt Bag’). It’s strangely heartfelt really. ‘Pixelated Lovers’ is a rather sad song about somebody being in love with someone they only know through Facebook. Both of these although rather sad actually leave you with a smile because the lyrics are rather wry.

‘An Ode To Jeremy’ is indeed exactly what you might be expecting, it’s a song about Jeremy Corbyn. It’s actually a sort of love song in which Isaac actually proposes to him. But the delivery makes it sound rather tongue in cheek, and the lyrics are rather funny. ‘Oppression’ is a tale of a vegan left-wing and gay person who wants to be oppressed so turned white, right-wing and male so they can continue to be oppressed. The lyrics are laugh out funny. It sort of turns into a rant of right-wing policies.

My one gripe with this album is that Isaac sets ‘Teenage Jesus’ to the tune of ‘Hallelujah ’ which I kind of get why but that sort of crosses a line for me. This is a pity because the concept of the song is rather clever. It’s a complex concept but essentially he’s comparing Jesus to somebody that might be discriminated against. Cleverly at one point Isaac admits that he might have gone too far in the words. Note that some of this might not chime with some people.

‘Fake Glasses’ had me choking back laughter, it’s about people wearing glasses just to be trendy.

Although there are a couple of other tracks on the album I’m to going to jump straight to my highlight ‘Reheb’. This is a song about Hebden Bridge, it’s not particularly complimentary, so I wouldn’t recommend it for actual residents unless you have a sense of humour, and are prepared to laugh at your home town. I myself used to live in a neighbouring town where the general attitude to Hebden is the one expressed in the song. Look some sample lyrics here ‘Oh Hebden The land of middle class, completely up their arse’, ‘The land of the white, sure we’ve got rastas, but they’re all white’, it’s actually all rather vicious, I’ll spare you the lyrics about breastfeeding. Personally this had me laughing out loud with tears rolling down my cheeks, but then this depends on how much you know about Hebden Bridge, actually the view of Hebden that seems to be held in places outside that particular part of West Yorkshire is going to be enough for you to find this funny even if you live in say Hull or Scarborough.

Isaac’s album is sometimes funny, sometimes rather moving but the delivery has that kind of wry thing going for it which adds a touch of humour even when the lyrics are rather heartfelt. And the comparison to Tim Minchin is a valid one, Tim has songs that are incredibly moving and not funny in any way. I found myself rather charmed by the songs on this album, it took me a couple of listens to really start to get it if I’m honest, and you really need to listen to the words, but you’ll be rewarded if you do that. 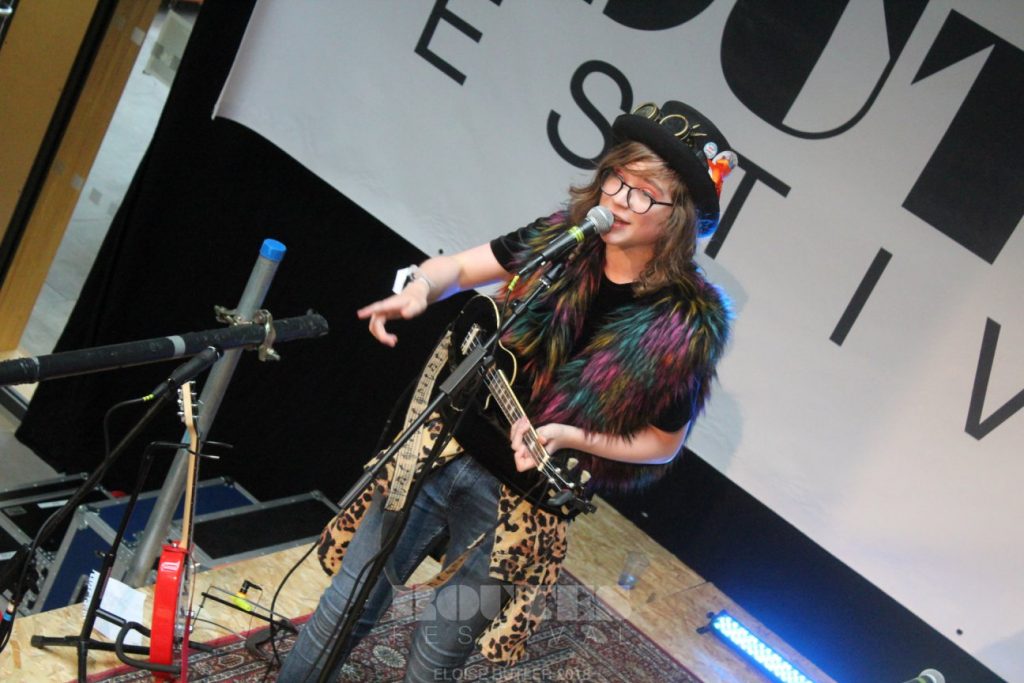 Isaac Hughes-Dennis is a politi-folk comedy musician who combines wit, upbeat tunes and bold political statements. With over three years of experience performing and playing live, including playing festivals (Solfest, Hebden Bridge Arts Festival, Just So, Eden, GNUF, and more) political events and memorials in such venues as large polytunnels, the smallest music venue in the U.K and Blackpool Pleasure Beach. he’s been described as ‘Tim Minchin on steroids’, and “What the Artic
Monkeys could have been”.