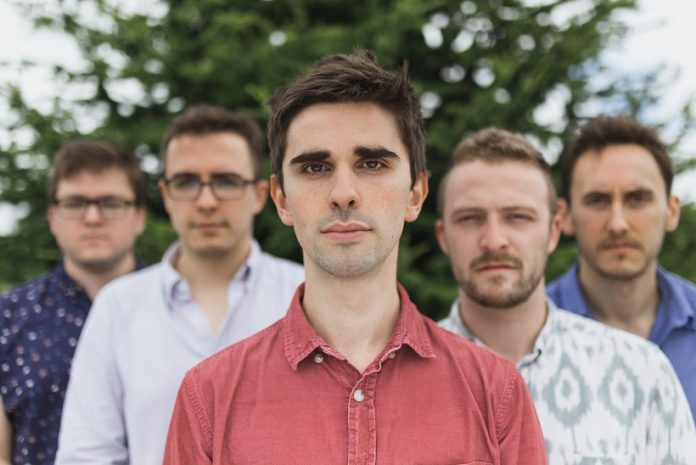 Formed in 2014, Fabled is the brainchild of saxophonist/clarinettist, Sam Rapley. Following on from the success of their recent EP, the band have been performing extensively across the UK building a loyal fanbase and writing material for their debut album ‘Short Stories’. As the title implies, the album interprets collection of short stories tackling subjects such as life, love, and death told through richly atmospheric and expressive music, which draws from Rapley and his fellow musicians shared love of jazz ensembles, literature, classical musicians, world music, modern composition and indie-folk.

Originally from Manchester and now living in London, Rapley has been quickly solidifying himself as one of the most exciting up and coming musicians and composers in the scene. As well as playing in Fabled, Rapley plays regularly as a sideman with BBC Radio 3 Next Generation artist Misha Mullov-Abbado Group, Troykestra, Maria Chiara Argiro Quintet, Waaju and Ralph Wyld’s Mosaic.

Looking at his recent work it’s easy to see how such a multifarious source of styles and genres have collided on ‘Short Stories’. At times the album calls to mind the likes of Mammal Hands, Gogo Penguin, Polar Bear and Tigran Hamasyan whilst undertones of Debussy, Ravel, Peter Broderick and Lau can also be heard throughout. Tracks such as ‘Old Owls’ capture the raw intensity that can be heard throughout the current London scene. Whilst elsewhere, tracks such as ‘Dove Stone’ and ‘H.G’ are heavily cinematic with mellifluous sax and clarinet lines layered over idiosyncratic guitar and piano parts, which provide percussive and rhythmic qualities whilst also intertwining melodies throughout Rapley’s playing.

There is a sentimental poetry to Fabled’s approach to finding new ways to tell age-old stories through their intimate and heavily textured music. Their redolent instrumentation and vast voicings speak volumes in the absence of words, giving contemplative life to the stories laid out by the band. Albums that manage to merge such a wide variety of styles and exhibit such a multitude of musical landscapes are rare. Fabled have produced a debut which is both accomplished and distinctive, and this is only the very start of their journey.