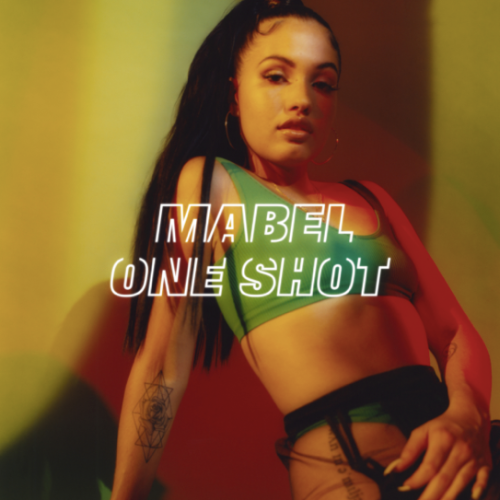 Mabel has unveiled new single ‘One Shot’, which is available today via Polydor Records. A UK headline tour has also been confirmed to close out an incredible 2018 for Mabel.

‘One Shot’ is that classic, contemporary call for girl-power from Mabel, blending her now-instantly-identifiable soulful vocals with a warm palette of global sounds. A sun-kissed live favourite over the festival season (and a track which Mabel’s expansive, impassioned young audience has long-since demanded the release of), ‘One Shot’ is – says Mabel – “so important! After ‘Finders Keepers’ and ‘Fine Line’ I wanted to make another up-tempo, playful track that people could dance to. ‘One Shot’ is about playing hard to get and knowing what you want. I do believe that when it comes to relationships that you have to set the bar high and know your worth so that you never settle, and that’s what ‘One Shot’ is about.”

In 2018 Mabel has truly seen her ‘One Shot’ and taken it, blossoming in both her confidence as an artist, and a still-just-22-year-old still finding her place in the world.

Five weeks in the top 10 for platinum-selling breakthrough single ‘Finders Keepers’ led to Mabel’s nomination for her first ever BRIT Award (Critics’ Choice), extensive European dates with Harry Styles, her sold-out headline tour (including London’s Kentish Town Forum) and increasingly-surreal experiences around the world (from a childhood spent in Sweden and Malaga to walking out at Wembley Stadium). Repaying all her early promise in the process, Mabel has emerged as one of the UK’s most positive, candid young musical role models, with songs that frequently explore everything from identity (sexual, racial, personal), the challenges of modern relationships, and working out who you are and what you want.

‘One Shot’ is a further taste of Mabel’s massively-anticipated debut album, which she has worked on around-the-clock all year and follows early body of work ‘Ivy To Roses’. She has since become one of the top 500 streamed artists in the world, which include Top-15-charting collaborations with the likes of Jax Jones (on recent hit ‘Ring Ring’) and Not3s (‘Fine Line’, ‘My Lover’). A project arguably entwined in Mabel’s DNA – from finding her voice in a musical dynasty to enrolling in music college and writing songs in secret – it’s those dual forces of anxiety but quiet self-belief that ultimately have empowered Mabel to move between those worlds of music, fashion, dance, and art. The results always feel quintessentially ‘Mabel’, and in ‘One Shot’ a vital voice in UK youth culture takes her next step towards international pop stardom.