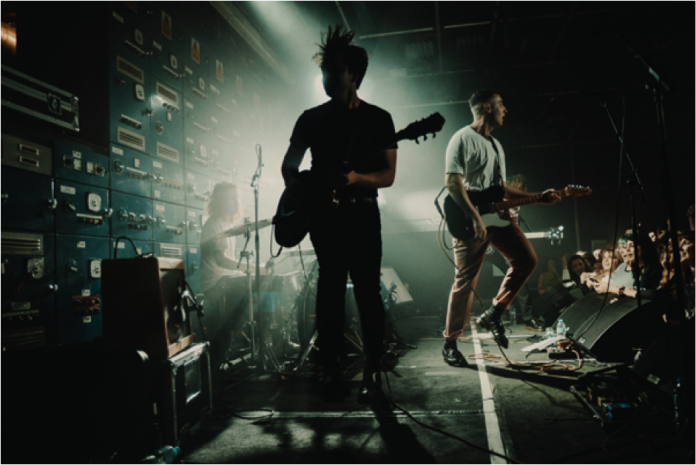 Having wowed tens of thousands of fans across the UK in the past 18 months with their euphoric sky-scraping indie-pop anthems, and fast gathering a reputation as the band to watch for 2019, Sea Girls have today announced their biggest ever shows for this autumn. With their first ever headline show at The Islington in 2017 to just 100 people still fresh in their minds, the band quickly flew through sell out shows at The Lexington, Omeara, Scala and recently Heaven in February of this year, and will be playing their largest headline show to date at 02 Forum Kentish Town on 10th October.

The full tour kicks off in Nottingham on 2nd October, the tour takes in Bristol, Southampton, London’s O2 Forum Kentish Town on the 10th October, Leicester, then Manchester, Liverpool and Stoke. All shows are 14+ except London, Leicester and Liverpool which are 8+. Manchester and Southampton are All Ages. Conditions Apply.
Tickets go on sale at 9am on Friday 3rd May from http://www.seagirls.net/uk-tour

With three EPs and a plethora of instant fan favourite tracks under their belts, the band will also be headed out on the road for a busy summer of festivals across the UK and mainland Europe. Full dates below. By the time the band start their Autumn tour, they will have played to over 190,000 people worldwide.

Sea Girls kicked off 2019 in incredible style by being picked as one of two only unsigned acts and the only band in the BBC Sound Of 2019 poll and releasing their radio smash single ‘Open Up Your Head’, as well as playing a sold out show at London’s Heaven in March. With the release of the band’s debut album on the horizon, and another summer filled with sun drenched, sweat dripping live shows, the sky is the limit.

TICKETS ON SALE FRIDAY 3RD MAY AT 9AM
www.seetickets.com/tour/sea-girls
www.seagirls.net/uk-tour