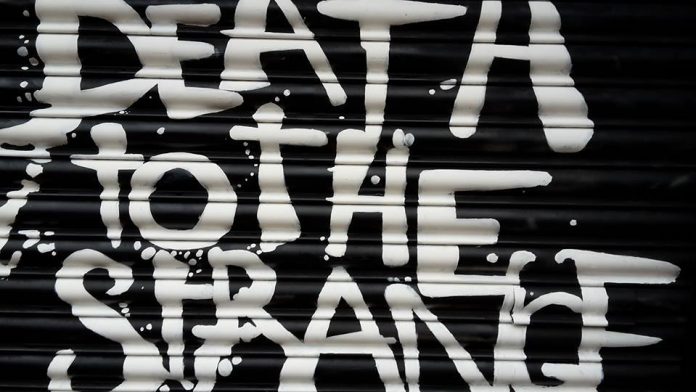 Death to the Strange are a staunchly independent band hailing from Salford and Manchester. Their reputation for intelligent songcraft and raucous live performances are making them a firm favourite with music lovers across the board.

The band’s distinctive style spans genres to create an instantly memorable brand of alternative tunes. Fronted by two songwriters, Death to the Strange’s distinct and complementary voices engage social and philosophical issues over sounds ranging from indie to psychedelia to skiffle.

Death to the Strange have a growing list of high profile supports including Babyshambles, Gomez, Get Cape. Wear Cape. Fly, James Walsh of Starsailor and Mark Morriss of the Bluetones, in addtion to an increasing roster of festival appearances at home and abroad, including Kendal Calling and Le Blues autour du Zinc.

Their successful debut single Sign On was accompained by a music video directed by Emmerdale’s Jason Merrells and featuring actors Sammy Winward and Dominic Brunt. Sold-out headline events in Manchester announced the release of the Sign On EP and single.

The gig will be followed by an aftershow party from 11pm – 3am featuring MC Tunes, Vince Vega, Butty & Recca.

Please note that age limit for the gig is ages 14+ (with under 16s to be accompanied by an adult). The aftershow party is only open to those aged 18+.