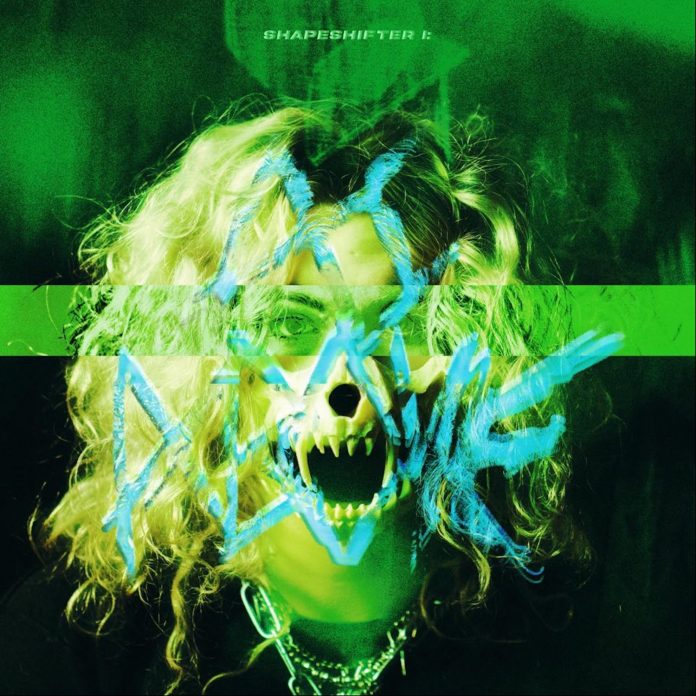 This is a terrifying good EP, it’s that simple. You probably knew it was going to be this fucking good if you’ve heard the two tracks already released – ‘Billionaire Nightmare’ and ’Your Name’. I hope you have, so it shouldn’t come as any surprise.

So for those of you that still need convincing (is there anyone out there who still needs convincing?) here goes.

‘they’ve let the brakes off here. Yes, there’s that big synth feel but it’s combined with something wilder, something that’s loud and out there, hard guitar. That feel reflects what the song is about, the band explain ‘Billionaire Nightmare is about using your uniqueness to derail a system that was designed to defeat you. It’s about being different, whether that means bending the rules of gender, fashion, beauty, masculinity, femininity, or sexuality. It’s about not fitting in, not feeding the men at the top who profit from insecurities, inequality, racism and cruelty. You don’t have to shapeshift to fit in anymore, because that’s what they want you to do. So be your own master, become their worst nightmare.’ Loud and raucous it may at times but the track doesn’t lose those moments of subtlety you expect from Artio, these clever touches of sounds that surprise, those layers of sounds that encourage you to dive deeper and deeper into the song. And over this wonderful sound Hol sings, she sings with a strength that amazes, a strength that says she means every word of those lyrics’

And the only thing I want to add – listening back to the track – is that damn this thing is powerful.

‘Teeth’ is one of the previously unreleased tracks. This is a track I want to submerge myself in. The thing that leads you into the depths of this song is Hol’s voice – the contrast in her voice between the loud sections and the quiet sections, the venom with which she delivers the lyrics. This is, and this is based on a mere 10 or 11 replays so I admit I might be wrong, about the end of a relationship, a bad relationship, and what she thinks of the other person. Not much is the summary, but it’s the detail in the words that’s the killer blow.

Musically it goes from dreamy electronica – in a stark contrast to the words Hol is singing; a fantastic move on the band’s part – to bombastic angry noise Noise that drives my large speakers into overdrive. Utter sonic joy.

Next up is another previously released track ‘Your Name?’ It does that quiet/loud building to an even louder thing. And no I’m not damning with faint praise because Artio always bring craft and feel to the party. The choice of sounds is clever, there is nuance in the loud crashing, there is a pop edge to the quiet bits that soothes the soul, a calm before the storm. And there is the most fabulous spooky intro.

The other thing you expect with Artio is a song that has meaning, is about something. Your Name’ is the first track that queer front-woman Hol has written about being openly bisexual since coming out in 2020. It’s about momentarily falling in love with someone, knowing you may never see them again and justo the max.t wanting to know their name. It’s something we can all relate to. It’s 2½ minutes that are full of yearning, that drag you through the emotional mill, that put you in that situation completely.

The loud crashing sections bring to mind that feeling that hits you like a hammer. The quiet, the internal thoughts that run through at your head at breakneck speed.

Look, I have not the slightest idea what ‘Dracula’ is about. It might come to me with further listens. But while I’m doing that I have the track to enjoy. Musically it’s not quite as bombastic as some of the other tracks – I say this but on the other hand there are some rather wonderful dirty sounds in there; industrial synth in full flow.

But the kicker here is that the bombastic is replaced with a wonderful hint of pop sensibility – it seasons the loud bits, it charms to the max. So this makes the task of trying to work out what the song is actually about something to look forward to.

The closing track ‘BluBlud’ is another song that oozes light and shade – the contrast between the oh so smooth big synth pop sections – filled with those clever sounds that Artio chose so well – and the louder ‘let loose’ sections is enough to drive you into sonic ecstasy. And the point at which it just explodes, utter joy.

Artio just seem to get better and better. This is very much a new Artio but you can still hear the old Artio in there. It’s not a change in direction but a progression. They seem to be a band that wants to take as far as they can, and probably beyond. And while in the past you may have danced your ass off to them; now’s the time to mosh.

But in all the loudness there’s a cleverness, the nuance of sound is still there; and it’s this what makes them so bloody good. This EP is yet another pinnacle in their journey; and it’s bound not to be their last.