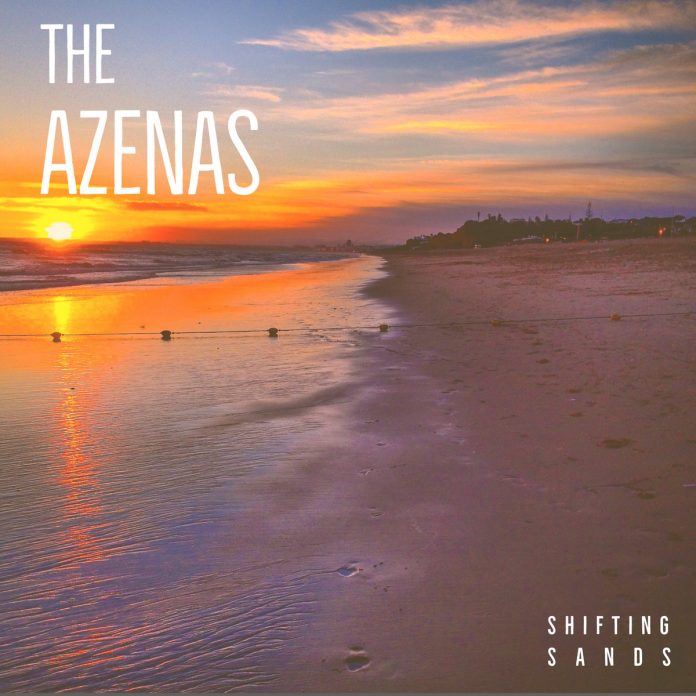 A while ago I reviewed The Azenas’ EP ‘Darjeeling’, I loved it. I found it compelling and musically inventive. So news of another EP release was greeted with joy here in LSF Towers.

EP opener ‘Make Up My Mind’ is a Beatlesque thing, it comes in that 60s’ pop thing. Great tune, check. Slightly jangly guitars, check. Vocal harmonies, check. Harmonica break, check. Now wait a minute there, this song has a harmonica break? This gives it a slight edge of Dylan. This makes it sound derivative, sorry I didn’t mean to do that. It isn’t because it has a slight indie-pop edge that makes this something else other than a retro throwback.

And now to something else, something else completely different. ‘Lulamae’ is a piano led ballad. This makes it sound simple. In fact it’s strangely classical, 60s’ singer/songwriter and in places sounds a bit like The Arctic Monkeys would sound if they did a piano-led ballad. And this is all at the same time. You get the picture, it’s one of those ‘The Azenas do something that is quietly incredibly inventive and clever’. But it isn’t just inventive and clever, it’s brimming with emotion. The vocals are fabulous.

The EP title track – ‘Shifting Sands’ – kind of continues in the same vein. Piano is at the forefront, but it’s more uptempo. It has a feel to it that is at once 60s/70s and up to date, it’s timeless in other words. And it has a quietly brilliant guitar break, after which it builds (it includes Mellotron as it builds).

Now after these three songs, I was left somewhat amazed and, indeed, puzzled as to how The Azenas do what they do. They throw together – I say throw, but I should say carefully take – elements of all sorts of music and make of them something that is beautiful. Without feeling that they need to do a certain type of music. They just do what they obviously love. I knew this, I’ve reviewed one of their EPs before, but I continue to be amazed.

‘Right Time’ is again something different. It starts in a slightly chaotic way, twanging guitar, before becoming a kind of RnB-ish pop song (that RnB as in The Rolling Stones). But then it isn’t, it has a somewhat jazzy piano break, a full on guitar break. But not happy with that they decide to throw in an almost acid rock section. Look it does more than that. It lasts for around 7 minutes for a start. But at the end it builds into a full on blues rock thing, after noodling around for a while. It sounds like an unholy mess, but it isn’t. The way it moves between these ‘sections’ sounds entirely smooth.

I have now fallen completely musically in love with The Azenas. The quality they set in their first EP is matched, and indeed surpassed, by the four songs on this release. When described what they do sounds like they are a group of rero copyists but listening to their music – and you must do that – you hear that they’re bending and blending those sounds to make something that is all of their own. There are a few bands and artists that I am really really happy about the fact that they contacted LSF and asked us to review their releases, The Azenas are one of those.
This music isn’t flash but just calmly wonderful and beautiful. It’s music that you sit and listen to thinking ‘they’ve done that, what in the name of all that is holy are they doing’ as they mix it up. At first you sit there after listening totally flabbergasted that those elements can be melded into something as great as this, and then you just think of it as what they do. I can’t recommend this highly enough.