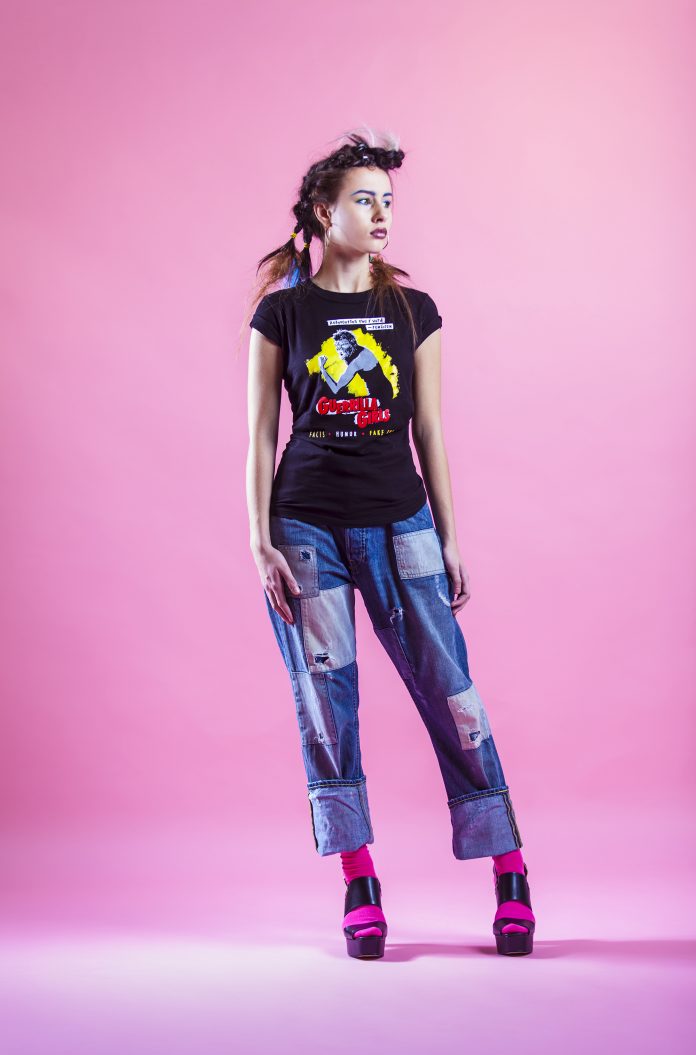 A new exhibition is coming to South Yorkshire which collates for the first time some of the most recognisable and wearable designs of the last century, T-Shirt: Cult | Culture | Subversion provides a unique insight into the historical and cultural influence of the most ubiquitous, affordable and popular garment of the last 100 years.

“a rapid tour through fashion, music, protest, art and popular culture. The simple power of a worn message comes through in t-shirts bearing important messages… each one triggering memories of the movements that brought them to prominence.” The Londonist

Since its earliest incarnation at the start of the 20th Century, the t-shirt has served as a means to broadcast social, musical and political passions, most recently becoming a creative tool for expressing innovative design. T-Shirt: Cult – Culture – Subversion explores each of these embodiments of this everyday item, featuring significant pieces from the archives of artists, designers and collectors. Having spent 3 months delighting visitors to The Fashion and Textile Museum in London, the exhibition is now coming to The Civic in Barnsley.

Spanning over 50 years and featuring over 100 rare and ground-breaking examples, the exhibition includes some of the most valuable examples in the world. Highlights include rare surviving pieces, hand-customised by Vivienne Westwood in the 1970s, era-defining designs from the archives of Katharine Hamnett and Pam Hogg, and contemporary reimaginings from Moschino, Vetements and Henry Holland.

“The humble white t-shirt has come a long way since the days of Brando, Dean and Wayne. It has been controversial, sexy, political, ironic and just plain cool. Who knows where it’s going to go next?” David Sinclair, Exhibition Curator, The Civic

Today the t-shirt continues to be recreated with the advent of each new technology and political message, remaining an advert for social change, a canvas for artistic expression and a defining element of costume for almost every trend and subculture imaginable. T-shirt: Cult – Culture – Subversion is curated to inspire dialogue, to encourage new ways of seeing and to empower us to reinterpret the messages of popular culture, all via this most diverse, enduring and crowd pleasing garment.

“[The T-shirt] is a really basic way of telling the world who and what you are.” Dennis Nothdruft, Head of Exhibitions, Fashion and Textile Museum

Employing key influential themes and movements of the last century, T-Shirt: Cult – Culture – Subversion creates a thematic framework through which to view the timeline of this ever-evolving garment:

– Basic uncovers the evolution of t-shirt textiles and technologies; tracking the progression of ancient shape to modern garment and the effects of mass production and mass customization. Key themes include the importance of printing techniques; silkscreen, transfer, embroidery and digital practices.

– Agitprop explores the t-shirt as a tool for change, an item with the ability to subvert an image or slogan and to do so with an explicitly political agenda. Westwood and McClaren’s classic ‘Cambridge Rapist’ t-shirt (1977 – 1978), intended not just to visually shock, but to convey a message of confrontation, is the perfect example of this desire to disrupt.

– Continuing to explore the messages of Dame Vivienne Westwood, Collecting discovers the private archive of an enthusiast. Delving deeper not only in to the tale of punk and the t-shirt, but into the garment as an identifier, a fan favourite and a tool for connecting with others who share your allegiances.

– The band t-shirt has become a phenomenon in its own right. With The Band examines both the tribes defined by their t-shirts and, in recent years, the re-appropriation of the band t’. Instantly recognisable t-shirts, designed for Joy Division, The Rolling Stones, The Velvet Underground and Nico and The Ramones have been re-purposed in tribute to other artists or movements. For some, the band t-shirt now represents purely fashion, rather than fandom.

– Personal Political travels the works of designers such as Katharine Hamnett and Wonder Workshop, including instantly recognisable slogans such as ‘Stay Alive in ‘85’, ‘No More Page Three’ and Keith Haring’s ‘Ignorance = Fear, Silence = Death’. This section highlights the place of the t-shirt within the hard fought history of LGBT+ community, featuring historic Pride t-shirts, creating a visual timeline of events, movements, and campaigns for equal rights.

– Unisex studies the t-shirt as a garment capable of traversing traditional gender roles. Perhaps the item of clothing most commonly sold as suitable for all genders, the t-shirt is also famous for its ability to subvert gender norms via its prints and motifs by questioning and at times mocking, stereotypically gendered fashion ideals.

– By the time Westwood released Climate Revolution in 2009 the t-shirt was very much cemented as a conveyer of the political message. However, its connections to ethics and sustainability run far deeper than this. Ethics and Ecology considers the role of the eco-friendly and the ethical in the continued production of the t-shirt, introducing young designers, such as People Tree, who champion these approaches to manufacturing.

– The t-shirt is a canvas to disseminate art and is art in its own right. However, it is also a means of appropriating an image or message. Art to Wear discusses Barbara Kruger’s replication of imagery from mass culture, Westwood’s adoption of Rubens’ paintings etc as appropriations of art to a new end. This section will also dedicate space to female artists, including The Guerrilla Girls perpetually poignant ‘The Advantages of Being a Woman Artist’.

– If laid out in chronological order, t-shirts could tell us something about the trends of each decade of the last 100 years. Pop Goes The T-shirt confirms the t-shirts place in popular culture, following it’s history through the rise of grunge, club culture and modern streetwear, via the designs of BOY (the first time around), cult lifestyle brand Cassette Playa and the many incarnations of the iconic smiley face.

– From the street and the free party, to the boutique and the catwalk, t-shirts find a home within all elements of fashion; Fashion Statement examines their place within the designer world. Designer fashion elevates the humble t-shirt, by the addition of a simple but recognisable logo, from every day item, to wearable assertion of wealth and taste. However, this level of recognisability also generates parody. From Comme Des Fuckdown to the capitalist kitsch of Vetements DHL design, the t-shirt is canvas to both high-end statements of style and social media fuelled, ironic twists on mass culture.

– Having considered the historical context and importance of the t-shirt, Not a T-Shirt features modern design and it’s deviation from traditional shapes and uses. Launched in 2004, CuteCircuit are the world’s first fashion label creating fashion wearable technology collections. When a t-shirt is wearable, sharable and fully programmable, does it become more of a gadget than a garment?

Displayed alongside the exhibition will be T: A Typology of T-Shirts, a collection of photographs by Susan Barnett in which the subjects are photographed from behind, wearing their t’shirts backwards. By excluding faces from her portraits, Barnett allows individuals to project their identity solely through the slogans on their backs and to soundlessly express passionate messages on sexuality, race, spirituality, consumerism, violence, pleasure, history, narcissism and nihilism.

Curated and organised in partnership with Fashion & Textile Museum, London
Part of the Great Exhibition of the North 2018 programme #GetNorth2018

For more information visit www.barnsleycivic.co.uk or call the Box Office on 01226 327000.