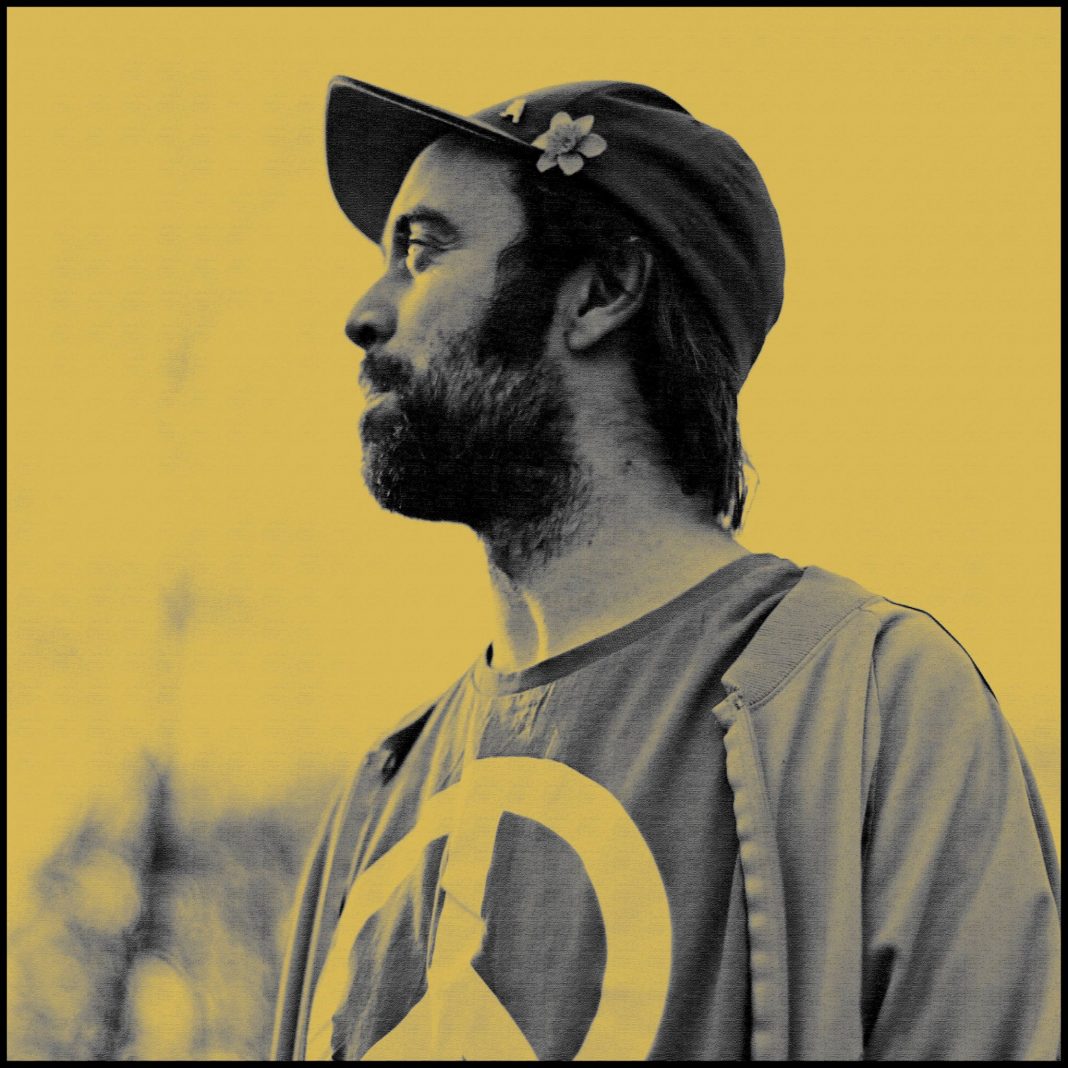 He’s touring in support of ‘Rolling Up The Hill’, the new Beans on Toast album. His most creative record to date and an album all about friendship, travel and art. It’s also about drinking, protesting and growing older in these strange modern times.

His seventh studio album in the same amount of years will be released as usual on 1st December via Xtra Mile Recordings. It was recorded this August in Kansas with husband and wife country duo Truckstop Honeymoon. Beans met the duo at Larmer Tree festival last year, and after hanging out and playing some shows with them in New Orleans they hatched a plan to go to The Ninth Ward Picking Parlour in Lawrence, Kanas to make an album together. The duo brings together double bass, mandolin and finger picking sounds to Beans on Toast unique art of songwriting. Of course though, they were still joined by long-term partner in crime Bobby Banjo, on harp and banjo. Throw in a couple of Kansas players dropping in some horns and some drums and you’ve got a Beans on Toast album that is fresh, fun and exciting whilst at the same time not losing any of Beans on Toast’s original cheap and easy English attitude that has got him to where he is today.

Ten years in the game and Beans has built up something of an underground following around the world, and is now ramming out festival fields and tents on the UK circuit and constantly touring new and foreign land. This year alone he’s played shows on rooftops in Cape Town, tropical islands in the Barbados, folk festivals in Canada and covered over 10,000 miles in the USA. He also toured the fringes on the UK in the wake of the terrible result at this year’s election, taking in the mood of the country by visiting Harlow, Preston, Chester and the like. He has, of course, got songs all about these travels.

As usual Beans on Toast has made the album he wants to make it; no rules, no one to impress, just simple opinionated songs about honest subjects.

Tour support comes from Truckstop Honeymoon. Hollering with all their hearts over a five string banjo and a doghouse bass, Trucktop Honeymoon live the life they sing about. Touring across three continents with four kids and a truck load of songs, Katie and Mike West tell stories about the strangeness of everyday life. Their music combines elements of bluegrass, music hall jazz and straight up rock’n’roll. Vaudevillian wit and showmanship.spike their energetic live shows, while the fearless honesty of their songs touches the hearts of listeners around the world.