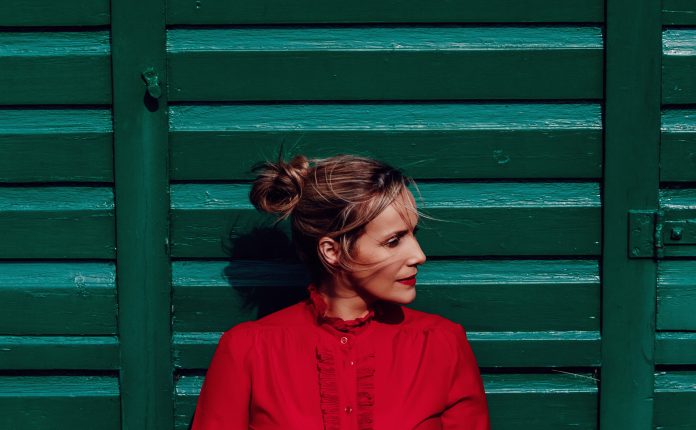 It’s quite a skill jumping into the unknown and trying something new. And it’s one that songwriter Heidi Talbot does with aplomb!

The Co Kildare singer’s fifth and latest album ‘Here We Go, 1, 2, 3….’ crosses the ages, jumps into the unknown and traverses oceans and musical styles from folk to American and to classic pop and back again. And it’s a wonderful rollercoaster to ride on.

Talbot is joined on the album by a whole host of musicians including Louis Abbott (Admiral Fallow), Duke Special, Adam Holmes and Boo Hewerdine. The album pays tribute to the many changes in Talbot’s life from having a second baby to losing her mum, from the brilliant country-pop meditation ‘The Year That I Was Born’’ to bluegrass psalm ‘Do You Ever Think Of Me’ and the fabulous jig ‘Time to Rest’’.

Irish-born Heidi Talbot became a folk star in America and has developed a style that switches easily between Celtic and Americana, with subtlety as Talbot’s magic ingredient. From her gossamer voice to the delicate re-working of traditional and contemporary material Talbot slips effortlessly between musical worlds but retains a personal modesty rooted in traditional folk.

Over the past ten years Heidi has performed all over North and South America, the United Kingdom and Europe, Australia and New Zealand performing in the finest concert halls and international festivals. She is equally at home in front of a symphony orchestra, a performing arts centre, a folk festival or even at the White House. Heidi has toured extensively with Eddi Reader, Idlewild and Drever, McCusker, Woomble, and she received two nominations in the 2011 BBC Radio 2 Folk Awards for Folk Singer of the Year and Best Traditional Track for Willie Taylor.