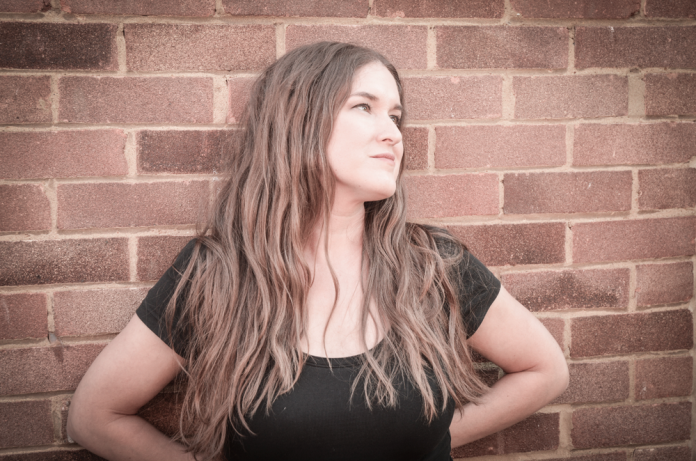 JESSICA LEE MORGAN will be headlining the main stage at Ilkley Carnival on Monday 6th May as part of the Bank Holiday celebrations and has announced that she will also be performing a Free Entry show at ILKLEY BLACK HAT on SUNDAY 5th MAY with support from Otley singer CARYS CROW. Doors at 7.00pm.

Born to Welsh singer MARY HOPKIN [Those Were the Days] and legendary American-Italian producer TONY VISCONTI [David Bowie, T Rex] Jessica Lee Morgan is a singer songwriter raised on a diet of folk and rock whose onstage persona is honest and playful with a voice and songs that come from the heart.

Given her parentage, a musical career inevitably beckoned but Jessica has also worked in fields such as health and social care and this is often reflected in her songwriting. She mostly performs live with acoustic guitar alongside bassist Christian, and with percussion strapped to her army boots. She has released three albums to date: her debut I AM NOT; the follow up AROUND THE BLOCK; and RE: BOOT, a reworking of the first album that explores older songs in newer, modern ways.

Jessica also plays saxophone, guitar and percussion with the David Bowie super group HOLY HOLY alongside her father Tony Visconti, WOODY WOODMANSEY [Spiders from Mars] and GLENN GREGORY [Heaven 17] who have regularly toured the USA, Canada, Japan and the UK.

As a solo artist, Jessica performs her own songs, a number of well-known classics including David Bowie covers and, of course, Those Were the Days amongst other Mary Hopkin songs. Mary herself has now given up singing and thoroughly endorses her daughter carrying on the legacy of her incredible career. To add further poignancy, Mary will be 69 two days before Jessica plays the Black Hat in Ilkley.