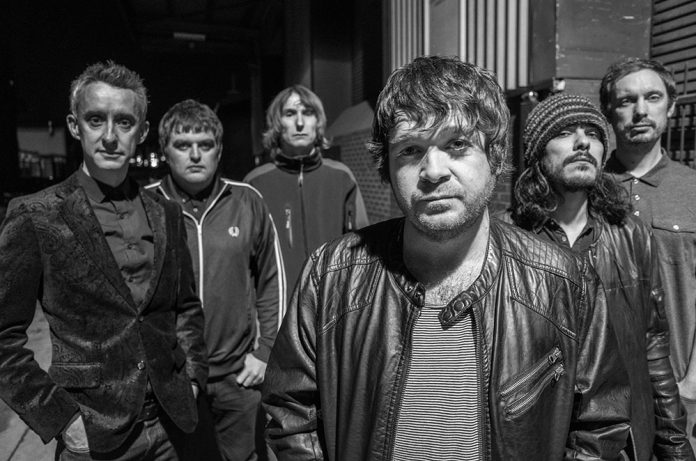 The Daddy Of Them All’, released in 1997, was championed at the time by John Peel, Irvine Welsh, Ian Brown & Liam Gallagher. David La Chappelle, a former apprentice of Andy Warhol chose the single ‘Sugar Cane’ to make his directorial debut and starred Goodfellas actress Debi Mazar and the Rock Steady Crew. The video helped the song become a worldwide hit, breaking into the US Billboard top 50. The band had mainstream success in America during the Nineties and tracks from the album featuredon the movie ‘Sliding Doors’ and TV show ‘Dawsons Creek’.

‘Since we reformed the band it’s been great to get so many positive reactions from people who have listened to ‘The Daddy Of Them All’ album for the last 20 years. It seems like yesterday when we were driving down to Monnow Valley Studio in Monmouth Wales to start recording the album. The Charlatans had just finished their ‘Tellin’ Stories’ album in Rockfield Studios just up the road from us and then The Verve moved straight in to record ‘Urban Hymns’ and in between was our album, so there must’ve been something in the air back then in that summer of 1996. It took another year for us to finally get it released, the last ever album released on Factory Records. It took off in America first selling quarter of a million copies through Interscope Records which was crazy but the really great thing is that it has stayed in the hearts of so many people over here in the U.K. who tell us how it ranks as their top ten albums and they still listen to the songs all the time. That’s very special to us and that’s why we wanted to celebrate the 20th anniversary exactly to the day it was released to maybe give that record one last send off into the world, at a fantastic venue in our hometown of Manchester’ — Space Monkeys

Over the years ‘The Daddy Of Them All’ has gained cult underground status and the band are currently writing and recording for a new album to be released in 2018. This is the band that Tony Wilson described in 1997 as ‘The Manchester band that your mates aren’t cool enough to know about’.

Special guests Stillia and The Scuttlers will also be part of the line-up for this special 20thanniversary show. It’s gonna be a good day for the dreamers.

Plus Special Guests STILLA + THE SCUTTLERS