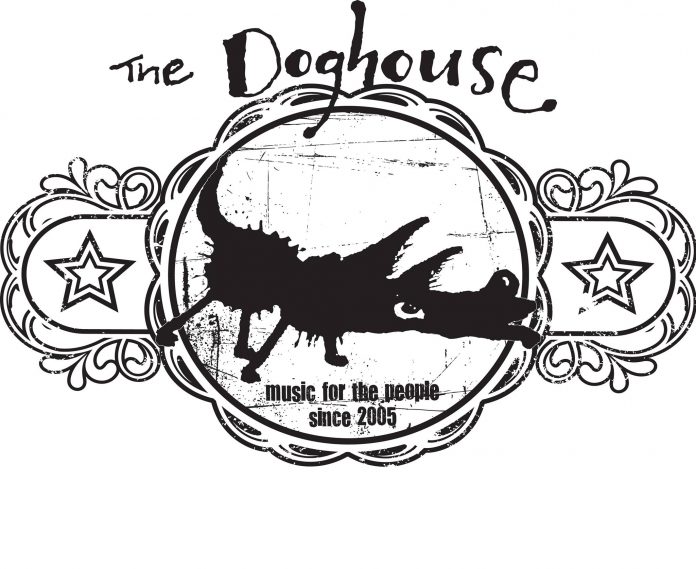 “You won’t hear another band like this anywhere between now and the end of the millenium. The Lovely Eggs are just brilliant!”- Huw Stephens, Radio One

“This my friends is fucking brilliant. it’s grunge – but not as you know it”- Everett True

The Lovely Eggs are an underground punk rock duo from northern England. They have a fierce punk rock ethos that music should have no rules.

For Holly and David being in a band is a way of life. True to this, they live the way they play. Fiercely, constantly in search of the good times. With observational and often surreal lyrics about life The Lovely Eggs have a powerful stripped down sound: one vintage guitar amp, one Big Muff distortion pedal, a guitar and a drum kit. With releases in the UK, Europe, USA and Japan, The Lovely Eggs have played hundreds of gigs around the UK, USA and Europe supporting the likes of Half Japanese, Shonen Knife, The Slits, Young Marble Giants, The Television Personalities and Art Brut as well as a two month tour of America and a string of dates at SXSW in Austin, Texas.

Holly (guitar/vocs) and David (drums/vocs) have also worked with comedian Graham Fellows (aka John Shuttleworth) as well as Jad Fair from the seminal Texas band Half Japanese. Their songs appear in Canadian film Molly Maxwell and have been sampled by Zane Lowe for Scroobius Pip. The pair also feature on a Radio 4 Richard Brautigan documentary, presented and in discussion with Jarvis Cocker contemplating the influence of the American surreal author on their music.

They have produced three albums.

The Lovely Eggs have become well known for their live performances and have played everywhere from Amsterdam squats and Los Angeles scrap yards to steam trains in Ripley and charity shops in Leeds.

In April 2013, the pair had a baby but true to their ‘no rules’ philosophy they bundled their newest member in the van and took him on tour with them, racing round the UK with family and friends like a tripped out version of On The Buses with two fingers up to conventional family life firmly out of the window.

2015 saw The Lovely Eggs return with their fourth self-produced and self-recorded album ‘This is Our Nowhere’: a title which sums up their celebration and love of a scene which doesn’t exist in the eyes of the manufactured mainstream. Ironically the record received 8/10 in the NME.

In March 2016, they performed a live session for Marc Riley on his BBC 6 Music show and received airplay on Steve Lamacq and Gideon Coe shows. Since 2013, Twitch have played gigs with familiar names including Sleaford Mods, Fat White Family, The Lovely Eggs, Shopping and Kid Congo Powers and the Pink Monkey Birds. Recent releases include two albums on Odd Box Records, “Get Back In Line” (2015) and “Don’t Take My TV” (2016) and two 7” singles on Punk Fox Records.

SONGS about cuckolded molecatchers, a lone English oak tree that grows at Gallipoli, care in the community and medieval pilgrims… we can only be talking about the folk experimentalists Harp and a Monkey.

The outfit, who have been friends for more than 20 years, channel the ghosts of summers spent in municipal parks and winters walking on the moors. Ask them about their influences and they are as likely to cite Ordnance Survey maps and the Commonwealth War Graves Commission as they are Bert Jansch, Bjork or Bellowhead.

Formed in 2008, Harp and a Monkey have been building up a loyal following via the old fashioned practice of relentless gigging and modern practice of social network sites.

Regulars on the northern festival circuit, in recent years they have expanded their live outreach across the country. The band are particularly proud of the fact that they have gained a strong reputation for building an excellent rapport with their live audiences and the fact that they have never played anywhere and not been invited back. Such is the strength of their reputation as a quality live act, they have twice been asked to perform at the Homegrownfestival; the annual international showcase of the best of English folk music.

The trio’s melodic and hauntological storytelling, which is always underpinned by a firm commitment to classic songsmithery, has caught the attention and support of the likes of Steve Lamacq, Mark Radcliffe and Mike Harding on BBC Radio 2, Lopa Kothari and Nick Luscombe on BBC Radio 3, Folk Radio UK and many more international, national and regional broadcasters.

The band’s self-titled debut album received critical acclaim on its release in late 2011 and they collected excellent reviews for their contribution to the 2012 ‘Weirdlore’ compilation which highlighted Britain’s most promising practitioners of alternative folk. Their second album, All Life Is Here, was released in April 2014 and again received outstanding reviews, with the likes of fRoots magazine describing them as “undoubtedly one of the most vital and charismatic things happening in English folk music right now”.

This album is set in the Bamboo Diner of my dreams, with rain beating on the windows and a jukebox stocked with blues. We wanted to make an album as open-heartedly great as ‘’Boogie With Canned Heat’’ or “Rory Gallagher’’ by Rory Gallagher. We also love the American Primitives, John Fahey especially. What are The Wave Pictures but English Primitivists?

The Wave Pictures are strange: an indie rock band with absolutely no indie rock influences. For years, all we’ve listened to has been the classic blues and rock and roll of America in the 50s and 60s. And yet, we’re always disliked those retro acts who slavishly copy the look and the sound, the haircuts and the fonts of the past, but miss the unfettered spirit of the music they love. We have a style of our own already, the way your eyes have a colour. We don’t want to be a blues band. But the blues is there, at the invisible core of everything we do. We love it.

You see, these days the kids like their music to be made by machines, even when it pretends otherwise. The kids don’t seem to fear the machines (as I do, having been so profoundly affected at a young age by the first two Terminator movies) and so they happily switch on their computers and listen to robots singing. Well, one day those robots will rise up and kill us all. Listen instead, kids, to The Wave Pictures, the band that will someday soundtrack the resistance. We are the real thing, you know. The only reason the press haven’t noticed is that they are besotted with the machine music of robots, too. Ah, but no robot could swing the way Franic Rozycki swings his tugboat bass on a mighty blues-rock anthem such as “Now I Want To Hoover My Brain Clean” or “Panama Hat”, which will not sound right until it is heard crackling through a broken radio in a burned out basement after the robot apocalypse, a last little sign of human life on earth. The resistance starts here.

This is the most personal album I’ve made so far. In fact, that’s the whole idea of the band, to become more and more authentically ourselves on record. To grow inwards. Like everything on this dark and strange little album. It’s not robot music.

“They boast what is clearly an encyclopaedic understanding of all the best bits of new wave both sides of the atlantic, plus the fortitude to throw the rulebook clean out the window and sometimes sound just like themselves.” NME

This year Fire is going to release 6th Las Kellies album, *Friends & Lovers*, with classic and mature post punk/rock sounds and lyrics that browse between all sorts of ways of expressing love.

Starting November, Las Kellies are coming back to the Old World for the sixth time around Europe and UK !

Comprised of guitarist Ceci, drummer Sil and bassist Manu, Las Kellies cut their teeth on the Argentinian music scene, patterning their sound after the raw post-punk of 70’s all-female groups like the Slits and the Raincoats. After releasing independently two punky dancey and new wave-inspired albums, Las Kellies signed in 2010 to Fire Records for their third outing, *Kellies*. In 2011 Fire released the 7″ split *Erase you*, with both Las Kellies and ESG versions. In the next LP released by Fire, *Total Exposure*, dub and hip-hop influence turned the raw and wild post-punk of Las Kellies into a more elegant and shiny sound.

Imagine if the Pixies and Smashing Pumpkins made a baby with Nirvana… It would sound a bit like The Black Isle. Trashy guitars, driven drums and Megan Reece’s vocals inject a well needed shot of grunge into the minds of the X Factor Generation. Sick with the rat race and all its greed The Black Isle formed to act as an antidote, to energise the soul and escape from the mindless consumerism. It’s not about achievements, fame and being stars. It’s about how the music makes us feel.