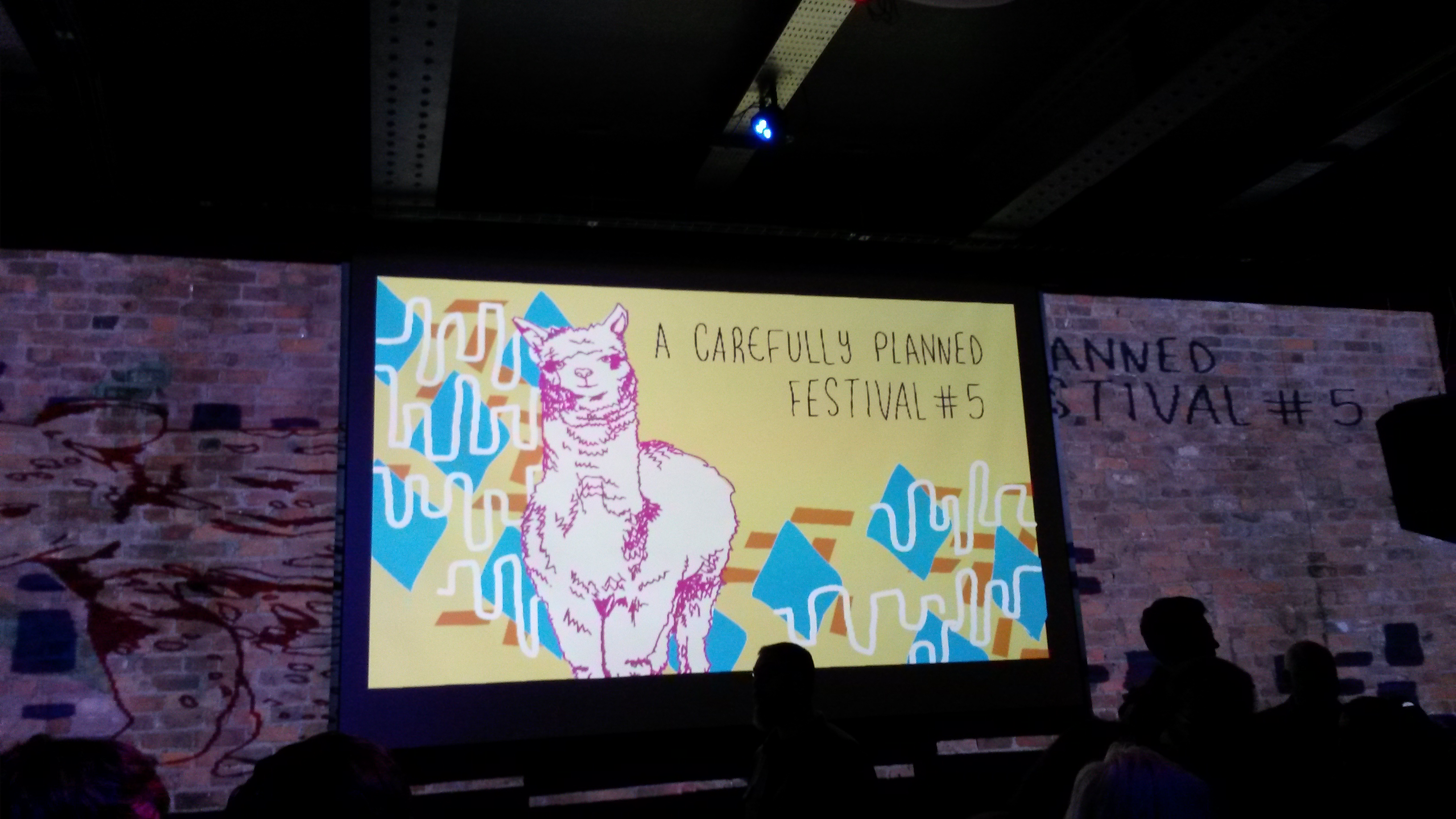 Let’s be clear, this is not a festival for getting trashed in a field for three days. This is an urban festival. This means that you stay clean (ish), get to drink cold beer and you don’t have to walk for miles in between bands! But there was still so much going on, and we only had a limited amount of time to see a selection of the 153 acts….

Watching Howie Reeve play his acoustic bass in the bowels of Cord, on the Saturday evening, it became quickly apparent that this is a festival for people who are serious about music, and who are on the hunt for experimental and exciting sounds. There was little talking during sets, every artist’s audience was glued to the performance in front of them, absorbing as much as they could before moving on to the next.

Howie’s affable and intriguing repartee with the crowd between songs was mirrored in his music. Lyrics were, at once clever and amusing; poignant and entertaining, and as unpredictable as the music that accompanied them.

To describe the songs as meandering would be unfair – these were clearly painstaking compositions that saw Howie make the most of an unusual instrument for a solo performer. A refreshingly different and thought-provoking show.

Next up was Mat Riviere from Glasgow, whose breath-taking kalimba chords struck right down to my bones. He somehow created an amphitheatre of sound all by himself that reverberated deep.

Mat made the most of Cord’s intimate atmosphere, with his set culminating in a musical swell, aptly reserved for the finale, over which he sang a-cappella with the kind of force that wouldn’t have sounded out of place on an At The Drive-In record.

Bastardgeist, aka Chicago’s Joel Midden was a joy. Touring partner to Mat Riviere, his music too was expressive, evocative and intense, and showed how much can be done with a Macbook, a thumb piano, an ethereal vocal style and a great deal of imagination.

Both artists lured you in with textures, dynamics and sounds that defied the fact they were coming out of a computer, and had a lo-fi honesty that really fit the setting.

Each set was thirty minutes’ long, which is enough to get a taster of different artists who you can explore further at a later time. What got me was the friendliness of the people attending the festival and of the people working at it. It felt like a celebration.

I made a special effort to catch Brighton’s AK/DK, as I had been listening to ‘Synths + Drums + Noise + Space‘, the band’s immense new album. Live, they were supreme. Added vocal effects elevated the sounds of the album to even more dizzying heights. With the industrial surroundings of Texture, at points, I felt I was at an old-skool rave, only the music was being created from scratch. The packed, pulsating room obviously couldn’t get enough of this duo either. I suppose when you are familiar with a band’s music, this is when the thirty minute set rule is too short. We wanted more!!

Huge credit must go to the organisers of this gem of a music fest. You could really see and feel the absolute care that has been taken by them to deliver this event. I never expected that I would enjoy it as much as I did. It was a glorious celebration of thought-provoking music, independent venues and music fans with eclectic tastes. It certainly deserved its name of a ‘Carefully Planned Festival’.