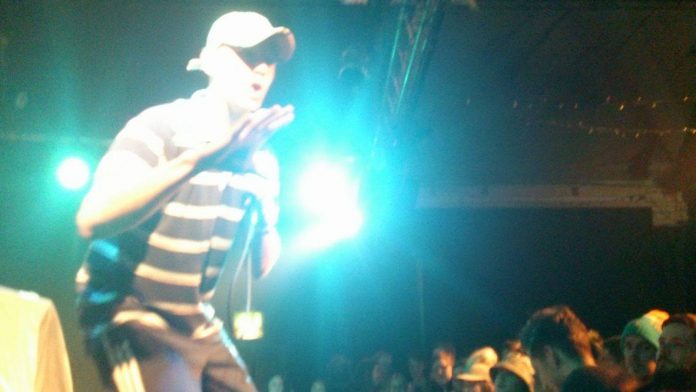 The atmosphere of his show at Leeds’ The Library Pub was relatively sombre. It was clear that people had come just to see the infamous YouTuber in person, just to be able to brag about having seen him live at house parties for the foreseeable future. Around 200 people had splashed their cash and dedicated their whole evening just to hearing the 4 minutes and 18 seconds of a live rendition of Donny Soldier, but the excitement was hardly bursting out of the room.

Micky P Kerr, the comedy folk singer from Leeds, was the first to grace us with his presence and was given the hard job of warming up the diverse crowd. He took to the stage, guitar in hand, and instantly gripped the crowd with his slightly offensive yet overwhelmingly hilarious set. His obvious wit combined with his clear talent for folk singing provided the crowd with an ear-pleasing half an hour of singalongs and laughs.

Only a small portion of the crowd knew who Micky P Kerr was before he entered the room, but by the end all eyes were on him and he had every single person shouting his own lyrics back at him. This came as a nice surprise for the unsuspecting members of the crowd who’d assumed they’d be standing around for two hours, impatiently waiting for Devvo’s arrival.

At the end of his set, having displayed a wide range of musical talents, he said a hasty goodbye and then perched at the edge of the stage willingly chatting to his new fans and selling his albums for whatever the poor students in the room were willing to pay. Despite the fact that pursuing music seems to be merely a hobby for Kerr, he has the right attitude and artistic talent to gather fans wherever he goes.

Following Kerr on stage was Jack the Rapper, from Halifax; the final support act before our ears were to be offended by Devvo’s crude rapping. He kicked off straight away with some fast rhymes and tuneful beats, but the crowd was drifting without the humour of Kerr’s set to capture their attention.

Although Yorkshire man Jack the Rapper, with his inviting personality, was arguably the most talented of the night, he just didn’t seem to be able to build a rapport with the audience. A few people in the crowd were sober enough to appreciate the blatant talent that was being spat at us from the stage, but the rest just wanted to get their sing along with Devvo and be out of there.

Despite the lack of enthusiasm from the crowd, Jack the Rapper played on, offering crowd interaction and never faltering in his set. I’ve seen artists of lesser talent throw in the towel as soon as the audience don’t react how they’d like, but Jack was commendable in his continuation of his set, and gave his all until the end. In a different crowd who had a specific interest in rap, Jack the Rapper would have flourished – he’ll go far in his career with his genuine talent.

When Jack exited the stage to make room for Devvo, the crowd urgently bustled in closer. He came bursting onto the stage complete with trackies and his signature Burberry cap. His persona was highly comical and I could have happily watched him do a full blown stand-up comedy set. 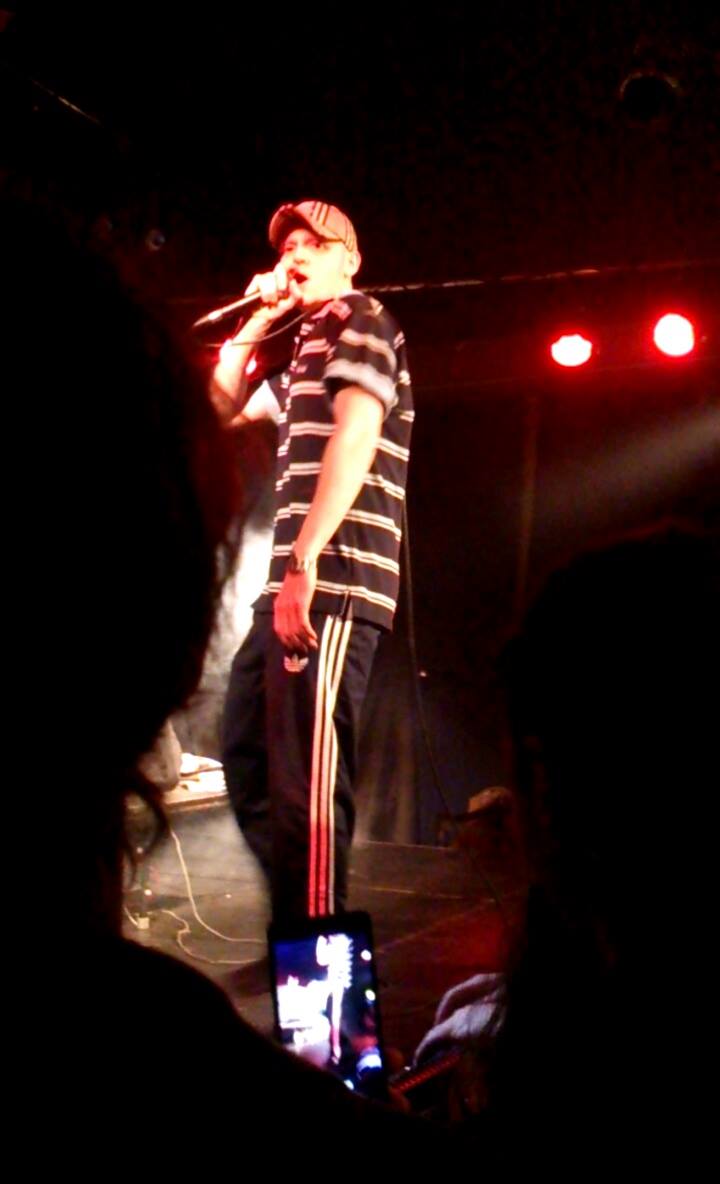 In between Devvo’s abusing of the crowd and poor rapping of his two other vaguely well-known songs, the crowd kept chanting lyrics from ‘Donny Soldier’. It was clear to both Devvo and the crowd that no one wanted to hang around and listen to him chant abuse – we could have just watched that on YouTube. We wanted ‘Donny Soldier’, and at what should have just been the first half of his set we got the full four minutes of the song we were after.

As soon as the song ended, he said his swift goodbyes and the crowd raced outside just in time to see him speeding off back to Doncaster in a battered hatchback any boy racer would be proud of.

Despite the set being short and the musical talent being non-existent, the crowd still left the gig pleased. Everyone left the building still chanting the lyrics to ‘Donny Soldier’, a little bit happier with themselves knowing that next weekend they could use the line “I’ve met Devvo y’no” to impress their mates at a party.