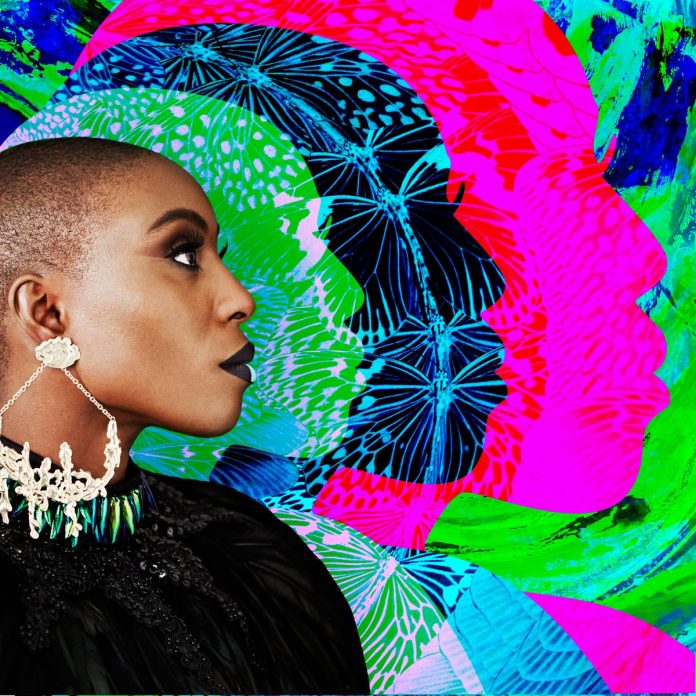 Jodie Abacus launched onto Gorilla’s stage in support of Laura Mvula, bouncing with energy and pizazz! His infectious, feel good tunes got the party started and the crowd whipped into good spirits for Laura to make her appearance. He pleased the crowd with his hits, ‘Hot Kitchen’, ‘She’s in Love with the Weekend’ and ‘Good Feeling’. Sadly, as explained below, the sound was detrimental to truly showing Jodie off.

Whilst I had watched and been impressed by Laura on The Graham Norton Show and been aware that she’s had a pretty meteoric rise to fame, somehow I’d not kept up with her music, so I was going into the gig without knowing any of her tunes. Whilst the excitement for avid fans of seeing Laura at this small venue was palpable, I too could join in the energy as it was a truly immense show.

Laura gave it her all, playing the whole of her new album ‘The Dreaming Room’ and many tracks from her first album; value for money was certainly not lacking. Listening and watching Laura was a joy, but to get the negatives out of the way…..the only jarring element of this gig, was that once again, the sound levels were wrong for many tracks, meaning that the drums were offensively loud at times, drowning out the wonderful array of classical instruments…… C’mon sound engineers sort it out…..this is happening all too often at gigs. As a friend said to me recently, ‘a quality sound engineer goes unnoticed, but poor sound quality can ruin a gig’ …fortunately this wasn’t the case this time, but the sound could’ve been much, much improved.

The first track brought an impressive opening; Laura’s crystal clear vocals, soaring voice combined with an array of classical instruments (harp and cello), and suspenseful pauses made for a theatrical start to the show and the energy didn’t subside throughout. The second track, ‘Let Me Fall’ Laura explained, ‘you’re supposed to lose your shit to this’ was layered with soulful backing singers who provided a gospel choir sound. The next track ‘People’, again featured the backing singers, who provided an almost religious type quality, sounding like a chorus of angels.

Laura’s set was engaging because there was contrast between her tracks……although the songs played from her new album had a more crashing, noisy sound to them. Laura told us her mum said she likes the new album, but, ‘it’s very noisy’. I’m with Laura’s mum, preferring the stripped back, slower, more melancholy tracks, particularly the love songs which had an ethereal quality to them and at other times a diva-ish sound.

Many times, she enlisted the audience who came together as a choir, singing with Laura and then on our own and it did sound pretty special. In-between tracks, Laura was an engaging host as she is a superb story teller….favourite of which was about the Folkestone video debacle! This led into one of my favourite tracks of the night ‘Show me Love’…. There was a desperately honest quality about this track in the lyrics which were about the need for the little things that love offers, such as holding hands, which I found raw, true and compelling; the fact this tune featured the harp topped it off.

Laura has a soulful, passionate, gospel choir divaesque voice, which has the ability to soften for love songs and soar for up-tempo tunes. This gig offered up a banquet of fast and furious tunes, compelling story telling, a wonderful array of classical instruments, stripped back acoustic tunes washed down with a dose of dancey tunes ( such as ‘I’ll Go’) that kept the crowd entertained for a good two and half hours. It was truly a musical feast.