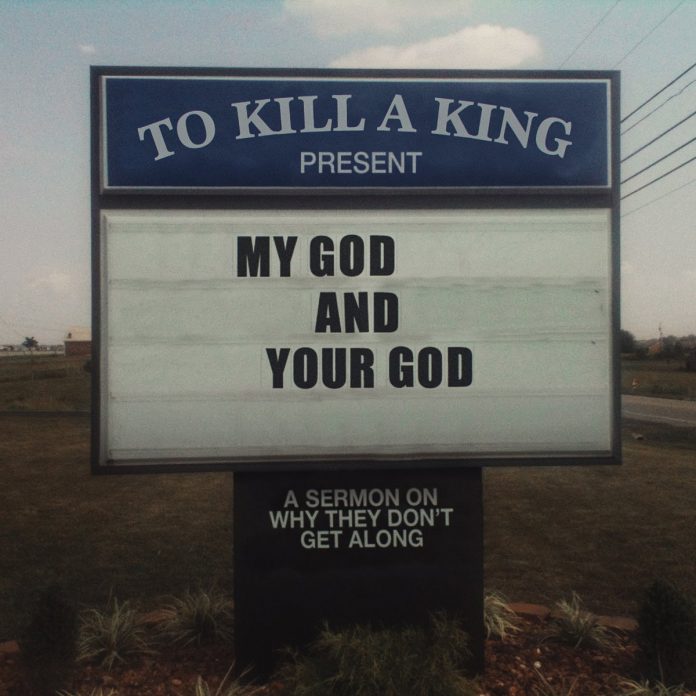 ‘My God And Your God’ is the new single from To Kill A King, available to stream and download now. “The story of two Gods that can’t love each other and can’t leave each other alone,” according to frontman Ralph Pelleymounter.

“The Spiritual Dark Age is the last three years of my life painstakingly distilled into 40 minutes of music,” says Pelleymounter of the album. “It has ballads for my single friends watching everyone else gradually pair off, and deities and fables getting drunk in bars. It has moments of anger and disgust at characters like Peter Popoff and their parasitic feeding of the most vulnerable people. But hopefully, in amongst the chaos and darker tales, it has an underlying message that compassion being such a beautiful and complex thing may just save the day.”

Says guitarist Grant McNeill, “After roughly 2 years in a room with a single window and a bare lightbulb making this record, we can’t wait to get out on the road, if for nothing else but to get some sunlight. That’s why we chose to tour in January.”