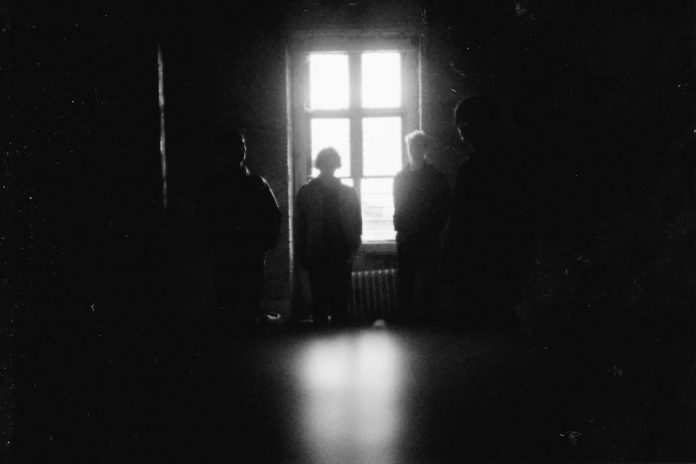 Following a warm response to their debut single ‘Closure’, Fehlt, continue to weave sonic landscapes with new single ‘Spoiled’. Opening with clean + delicate guitar strums, ‘Spoiled’ opens into a whirling but tender piece. Singer Ewan’s voice is vulnerable + extremely fragile. The pulsing bass seems to help the song along, without it the emotion of the song leaves you feeling it may all fall apart at any moment. It’s a subtle swing away from the discordant melodies and noisy passages of their debut ‘Closure’.

‘Spoiled’ is a version of Sebadoh’s original track which was originally released in 1991 before being re-released after appearing on the Kids soundtrack in 1995, playing over the film’s end credits.

Speaking of the track, Ewan explained “I’d originally heard the track during a lecture in which we watched the Kids (1995) trailer. I was struck by the haunting, delicate nature of the track, it was imperfect but perfect. I began experimenting with the idea of re-imagining the frayed acoustic ballad into a full band composition producing demo’s for the track”

“Most of my tracks begin as guitar loops, hence the clockwise-esque nature of the tracks, these are developed with further instrumentation including violin which i was eager to incorporate. I took the word ‘Closure’ literally and worked with ephemera, instructional style artwork using imagery from Polaroid Manuals. The cover image is a distorted crop from a black & white photo, the bleakness and composition of the shot were used to juxtapose the sanguine instrumentation of the tracks.”

As with the care and attention afforded the composition and artwork, the name of the band was also carefully considered by Ewan “I was experimenting with titles I had written down for potential track titles, one being Fehlt. It’s the German translation of ‘Is Missing’. It just stuck out at me as a name that would sit coherently with the sonics and artwork for the band.”

After moving to Leeds from the North East of England to Study at Leeds College of Art, Ewan began the process of recruiting band members to bring his vision to life. He is now joined by guitarist Will Shuttleworth, bassist Adam Rundle and drummer Ben Udin. In their short time as a band they have already played alongside the likes of Deliluh, Lightning Dust and Post Animal. The track was recorded in Salford with Sam Kennedy (Ronald Raygun) in a bitterly cold January this year. Drums were played by Sam Kennedy with violin from Mark Rochman (Pepe Sylvia, Colour of Spring).

Fehlt’s ‘Spoiled’ is released alongside debut single ‘Closure’ as a 30 minute cassette tape with artwork created by Ewan from the band. There are only 25 copies available. It is available to buy now via Clue Records

You can get it digitally from Clue Records.