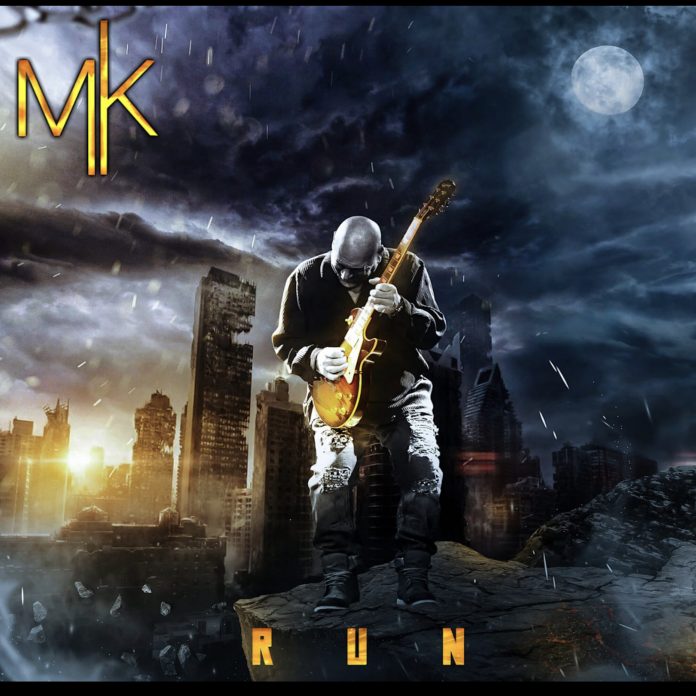 ‘Run’ powers along with its driving stadium rock grooves – providing the back drop for MK’s melodic hook lines and themes and for his solo outbreaks to take more adventurous twists that turns. Sonically tipping it’s hat to heavyweights such as Joe Satriani, Steve Vai, Slash and Gary Moore, this new instalment from MK is taken from his forthcoming album ‘Calling’. A collection of instrumental tracks exploring his adoration for guitar playing whilst projecting a fusion of styles from a wide musical spectrum. As a stalwart of the British music scene (formerly earning his stripes as lead guitarist with 80’s outfit Ded Ringer), MK’s music oozes maturity in sounds, techniques and compositional qualities.

Check out the Official Video for ‘Run’

Having taken his first steps into a solo career in 2021 – the Leeds (UK) guitarist entered the world with the soulfully melodic and ballad-like ‘Butterfly’. After debuting on the No1 playlist spot at Banks Radio Australia, the track (with its genre blurring qualities of progressive rock, blues and AOR), quickly captured support from radio stations and specialist media around the globe, including the likes of UK’s Total Rock & Hard Rock Hell Radio and many in the US. MK now strides forward with his energetic new track ‘Run’ – embarking on a relentless crusade to reach a wider audience of rock music lovers. News of his full debut album and UK live shows will be landing very soon.

One for head bangers and air guitarists alike – ‘Run’ is officially released on digital platforms on Monday 28th Feb 2022 via Kycher.

Keep up with MK at: