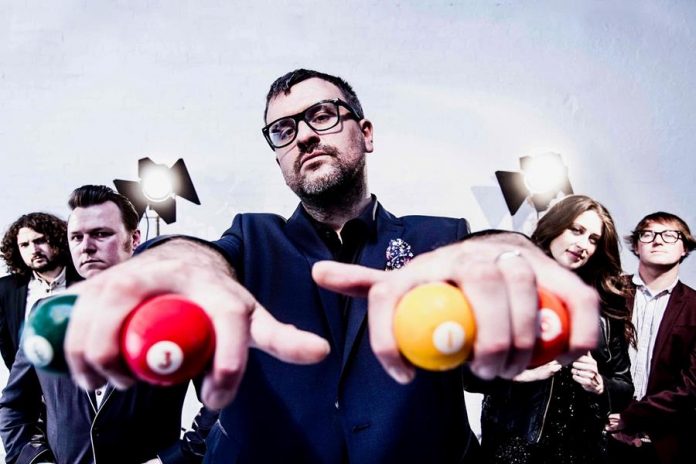 Reverend & The Makers released a new single ‘Juliet Knows’ on Friday 14th July, the single is taken from the band’s new album, ‘The Death Of A King’, released through Cooking Vinyl, on Friday 22nd September. ‘Juliet Knows’ sees the Makers and Milburn’s Joe Carnall take on lead vocal duties and is available now, along with previous single ‘Too Tough To Die,’ upon pre-ordering ‘The Death Of A King’ HERE.

You can listen to ‘Juliet Knows’ here: https://rntm.lnk.to/tdoapl

Sixth studio album ‘The Death Of A King’ which was recorded at Karma Sound Studios Thailand , is the followup to the Top 20 album ‘Mirrors’, and will be available on CD, Deluxe edition CD, 12” Vinyl, limited edition 12” vinyl, cassette and digital download. The album can be pre-ordered from the band’s website and iTunes.

McClure says of recording ‘The Death Of A King’ “As soon as we got there, the king of Thailand died. And there was a mad monsoon. Most of the town went into mourning and shut down, and all the people who worked at the studio were wearing black. There was this whole ceremony for the king, which was quite moving but it put a weird atmosphere in the air.”

The wave of love and optimism from a new generation towards Jeremy Corbyn’s Labour Party – whose progressive views McClure has tirelessly championed – has found the singer fielding queries from the Al-Jazeera news-desk and appearing on Channel 4 News. Corbyn appeared on stage with Reverend and the Makers during the Labour election campaign at Wirral Live on May 20th. ‘We were playing at Tranmere with the Coral and the Libertines and I introduced him on stage and we got 20,000 people singing his name to ‘Seven Nation Army:’ “Oh, Je-re-my Cor-byn. Everywhere he went afterwards they started singing it.” Says McClure.

With five Top 20 albums already under their belts, Sheffield rock’n’roll radicals Reverend and the Makers have carved out a niche for themselves as one of the most enduring and incendiary acts on the British musical landscape.

In singer Jon ‘the Reverend’ McClure, they can boast one of the true natural frontmen of the modern era, a songwriter of intensity, vision and seemingly boundless energy, never afraid to wear his heart on his sleeve. Derided, adored, but never ignored, it is McClure, along with longtime songwriting partner Ed Cosens, who have powered the runaway freight-train of the Makers relentlessly forward. With a passion for truth, a hatred of injustice and a belief that music should have something to say, McClure has shown balls of Sheffield steel – facing down his detractors and amassing along the way a diehard ’Rev army’ who ensure that that Reverend and the Makers shows sellout the length and breadth of the country.

‘The Death Of A King’ is set to make it a full-house of all six studio albums that Reverend and the Makers have propelled into the Top 20, since 2007 debut ‘The State of Things’ reached number 5, aided by the anthemic breakthrough single ‘Heavyweight Champion of the World’.The band toured the follow-up album ’A French Kiss in the Chaos’ (2009) as support act for the last ever live dates from Oasis. ‘@Reverend Makers’ was released in 2012, ‘Thirty Two’ was unleashed in 2014 and the critically applauded ‘Mirrors’ was released in 2015.

As previously announced Reverend & The Makers play numerous festivals during the summer before setting out on a headline tour of the Uk in October and November:

Reverend & the Makers were originally born out of a collective of musicians. ‘The Death Of A King’ renews the original spirit of the band and sees lead vocals shared on certain songs with other band members ‘Juliet Knows’ (Joe Carnell), ‘Auld Reekie Blues’ (Eddie Cousins) and ‘Black Flowers’ (Laura McClure).

‘The Death of a King’ finds the band in better musical shape than ever, and cranking the mighty engine up another gear.