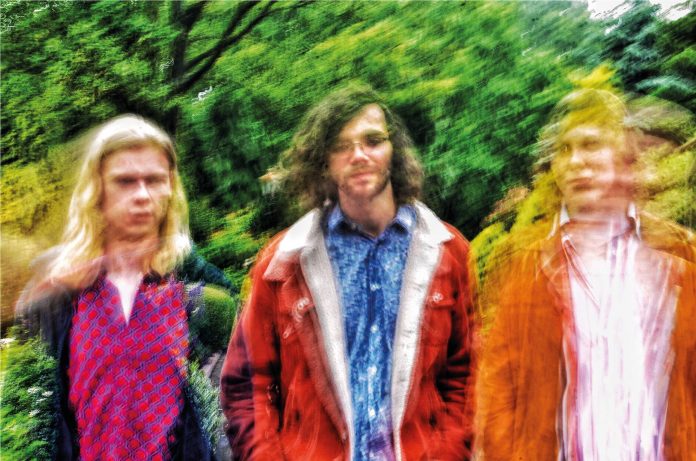 THE CALLS have announced their new single, A CHANGE IS GONNA COME AROUND HERE, will be released on Atomic Records on 4 October to coincide with their tour of Germany. The single alludes lyrically to the frustration of the growing dystopia around us as it manifests into an eruption of dark, psychedelic dub-rock.

A CHANGE IS GONNA COME AROUND HERE has been a live favourite for some time which regularly impacts on the audience with a tangible shift in the atmosphere of the room. A combination of trip hop, dub and psychedelia, the song has evolved over time and now recalls echoes of The Clash, Portishead and Massive Attack. It also doubles as a representation of the band’s evolution and is a clear statement of intent with its epic and curious sound as the band take a bold and unashamed step towards a new direction.

Emerging from the musical hotbed of Leeds, THE CALLS are a vehemently DIY band who write, record and rehearse all their music in a converted barn and travel around in an old window cleaner’s van. The band are driven by the unconventional songwriting of frontman TOM FULLER, who puts an introspective slant on social observations through cryptic wordplay and subtle use of metaphor. Lead guitarist WILL JOHNSON is a film maker and visual artist who creates all the band’s videos and backdrops and who, remarkably, had never picked up a guitar before joining the band. His sound is therefore unrestrained, versatile and often highly unusual. Bassist MARCELL HASLEWOOD, a hippy lifeguard finding his way through life via a spiritual combination of ambience and dub, completes the trio with a unique approach to playing that can subvert expectations or lock into catchy grooves in equal measure.