Echoviolet are from Bradford. They play something that is kind of alternative rock but then again not. And they have – in my humble opinion – a rather cool name – which is important, as we all know.

I already hear those voices ‘ you’re always saying stuff like ‘kind of alternative rock but then again not’, explain yourself’. So I know I’m going on this one song – you should know that the band are due to release an EP – so I’m basing it on that, and that only. But the thing is to these ears their sound has something of an 80s’ pop-ish rock thing going on, with something of a melodic rock feel. This song doesn’t really do that quiet/loud thing that, for me, is the hallmark of alt-rock.

So what does it do, I hear you say impatiently. OK so I’m getting to that. What we have here is an incredibly catchy, fantastically melodic, rock track. It’s not heavy or hard but it’s definitely rock.

There’s an amazing vocal on this track, the vocals are clear and pure. And that voice sings over ever changing sounds. It’s sparse with that swooshing guitar, it’s swelling with huge guitars. At times it sounds futuristic and at times like rock church music. The playing on this track is amazing, wonderful, fantastic.

You may be getting a hint here in your head that this might be termed ‘progressive rock’, yes, I wouldn’t disagree with you. Except this is condensed, not drawn out; it’s in a rock form. But it’s very definitely hitting some progressive vibes.

And this is confirmed with the surprise in the box, the kicker in the song; a soaring guitar solo that takes off with an incredible power. A solo that no late 70s or 80s progressive melodic rock band would be ashamed of. It’s not flashy, it’s melodic and sophisticated.

Echoviolet, if this release is anything to go on, are one of those bands that are difficult to put into an easily defined niche. The niche they do fit into is the niche of ‘bloody great rock music’, I’m sticking with that.

This is a hell of song, a song that has me waiting with bated breath for their EP. Great guitar, a tune to die to die for, fantastic vocals; could you ask for anything more. Echoviolet deliver, boy do they deliver. This is classy stuff. 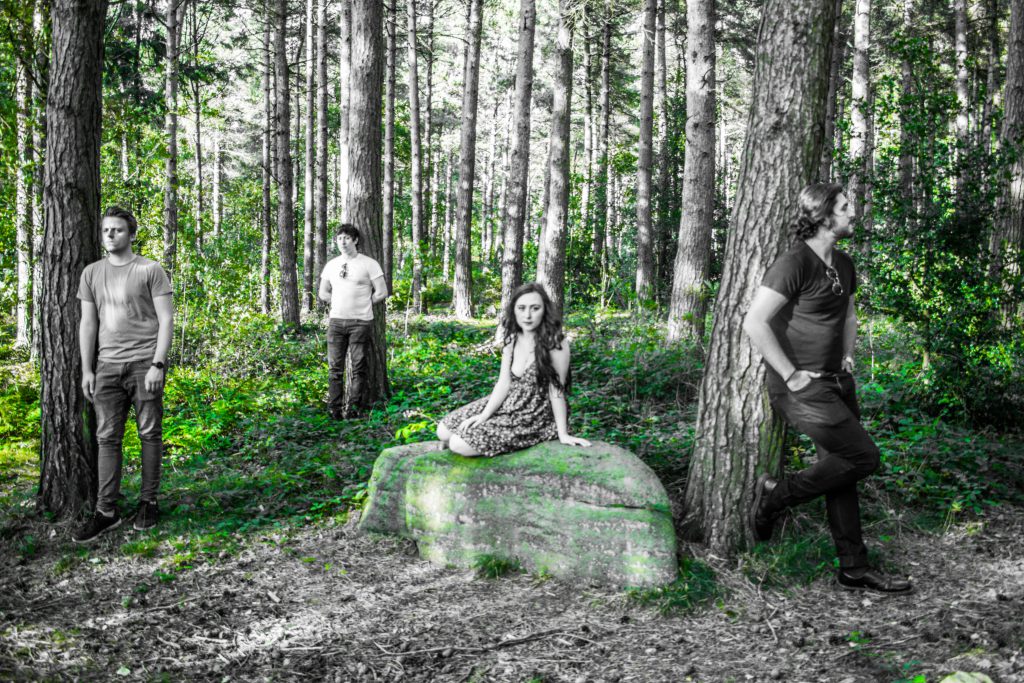 Hailing from Bradford in West Yorkshire, Echoviolet are a four-piece alternative rock band formed in 2019. The band’s influences range from artists as diverse as Pink Floyd, Radiohead, Foo Fighters and Nick Cave, while carefully weaving their influences together in order to create a sound that is uniquely their own.

In November 2019, Echoviolet reached the finals of the Bingley Weekender Battle of the bands competition, having only played a handful of shows prior to the event. In 2020, the band was accepted onto the prestigious MAS Records Artist Development Programme (https://www.masrecords.org). More recently, the band has had a number of their recent singles played extensively on local radio, with Come Back Home being selected as BCB Radio’s Track of the Week in March, 2021.

Echoviolet will be releasing their debut EP, entitled “It’s Just Begun” on May 1st, 2021, and look forward to releasing new music to follow.