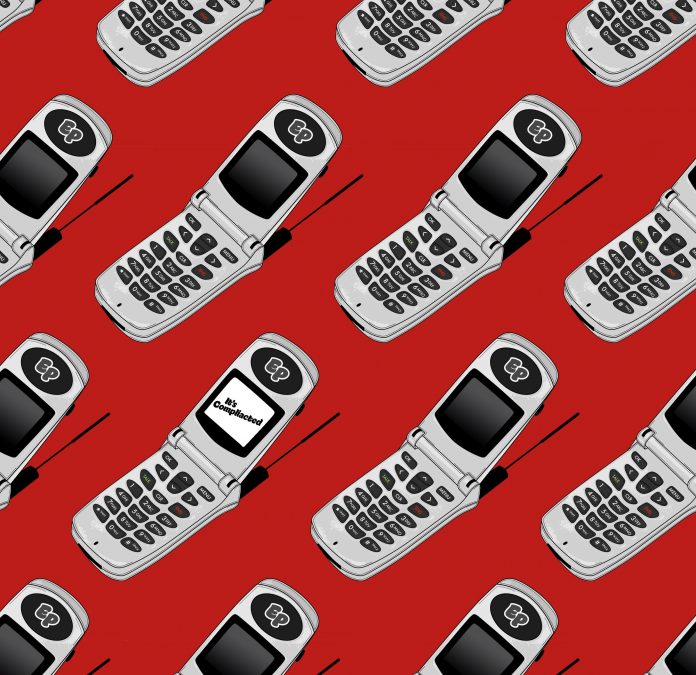 If you’ve been keeping up, you will know that I’m rather keen on what Everyday People do. I say ‘rather keen’, this is something of an understatement, I love what they do. The band are releasing three singles this summer – I feel rather spoilt, three singles in one summer – ‘It’s Complicated’ is the first.

It’s a damn funky thing this single, yep it has that Everyday People soul thing going on but it’s funked up to the max. But it switches, it changes – there are sections which have you – if you’re stuck writing a review – getting down in the chair dance, there are sections of soulful bliss, and the hottest RnB. And that’s not to mention the phone voice-over sections. And it has this organ thing, a thrilling trill, going on which I love so much it leaves me trembling. It’s a joyful thing, a get down and dance your arse off, joyful thing.

But it has a sophistication, the way it’s put together, the playing. Everyday People just seem to get better and better musically. This is a band who really know how to play, and Maeve’s vocals are a lovely thing. It’s smooth and funky if you get what I mean.

I’ve said it before but Everyday People really should be huge. This should be breaking through big time, it’s the perfect summer song. This at a summer party would be so cool. I’m tempted to get a party organised just so I play this to my friends. If this is the first single of three, I can’t wait for the next two.