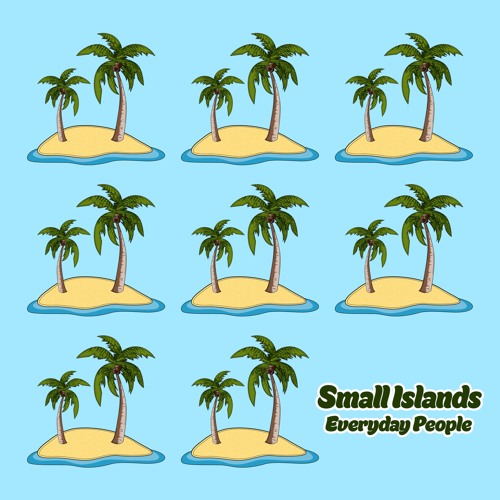 I am, as you’ll know if you’ve been keeping up (and you better have), a fan of what Everyday People do. Their releases are consistently so damn good. And they have a song that’s become one of my favourite songs ever, the wonderful ‘Princess Blues’. So don’t expect any objectivity.

I was lucky enough to hear the stripped to the core Everyday People (they lost two band members a while back, but chatting to them they promised a full band for their next gig at 360 Club Leeds on 18th October) play this track at Shuffle Shuttle recently. It sounded sweeeeet people.

So the key thing about this song is that it is so damn smooth and soulful. It kinda oozes wonderfully out of the speakers. It is mellow to the max. And it’s sparse people, that typical Everyday People arrangement that does the maximum with the minimum amount of layers of sounds.

And it’s loose and dynamic, after that mellow start it changes all the time. It has at one point – or more exactly the end – the most wonderful organ backed section. I’m picking out something here but to be honest the playing on this track is great.

And over this damn wonderful music Maeve sings. She sings in the most wonderful way, the words and that voice conjure up something idyllic in your mind’s eye – an escape from the pressures of living. As you may have realised I am a fan of Maeve’s voice, but this song really showcases that. And it leaves you in a really good place.

This release from the band is something special. They seem to get better and better with each release. But this, this is a huge step up. I’m going to put aside ‘Princess Blues’ – that song holds a special place deep in my heart, and it’s my all time favourite from the band. But this is my favourite of their other releases. I have grown hugely addicted to it.

Look, people out there, this track from Everyday People is lovely. It’s beautiful. It’s so damn good and wonderful. Are you getting the picture here? Go listen to this right now.

‘Small Islands’. Recorded at Beat Street Studios by Oliver Sekunda, highlights Everyday People’s soulful sound, providing some catharsis for those dreaming of a better place. However, despite the meditative exterior, the song aims to subtly portray the struggles of depression and anxiety. It taps into a somewhat familiar want and need to escape from your current struggles start over somewhere better. All of this is tackled with smooth guitar riffs, wistful organ and talk of strolling along beaches, under palm trees, in the Pacific Ocean.