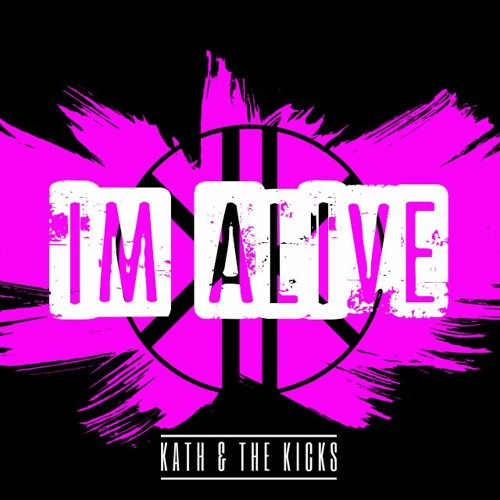 Kath & The Kicks made kick-ass (alt) rock. And while this may be loud, it also comes with finesse musically and vocally. And words that are so worth listening to.

‘I’m Alive’ is one of those tracks that starts in a misleading way before bursting into life; the quiet before the loud, the light before the shade. It has something of that swirling post-punk Goth sound – that loping bass, that off-kilter guitar. But it also has the most beautiful vocals I’ve heard in a rock song in ages; that harmony is just wonderful.

But then it bursts in heavy rock riffing guitar; the sound of a rock trio playing on all damn cylinders. But it’s alt-rock so that post-punk sound returns. And then there’s a slow burn to the heaviest rock – crashing guitar, thrashing drums – climax.

That simple description doesn’t do this song justice. For yes, while it follows that quiet/loud alt-rock template it takes it places it’s never been before. That touch of post-pink sound, those glorious harmonies. And of course, the trademark Kath & The Kicks bass sound – this is no straight ahead rock bass playing, that bass swings.

It mixes hard rock with pop sensibility, heavy rock with that Goth sound, rock vocals with ethereal pop. And the contrast, the mix of those is fantastic. This is alt-rock for people who like their rock with finesse and a dose of the unexpected, played by people who really know their stuff.

This release is so fucking good it hurts. Get on this right now, no excuses.