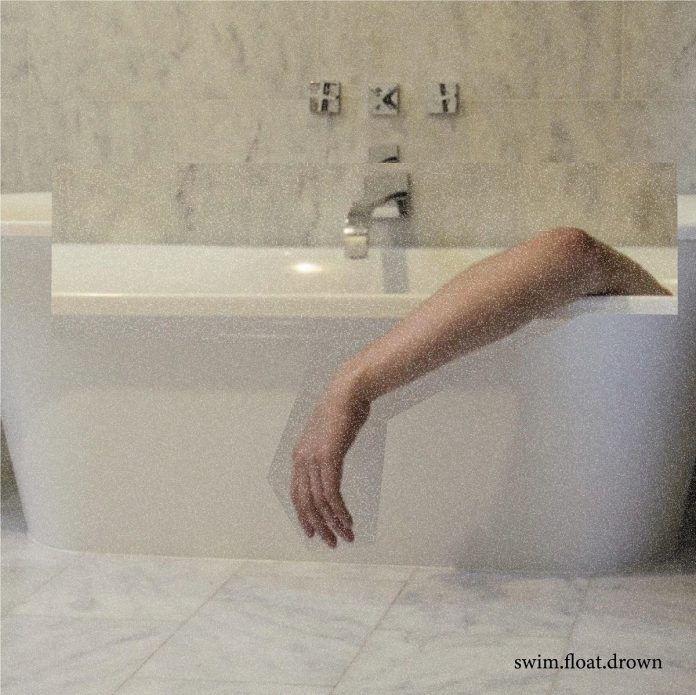 I have come to expect something slightly different with each release from MUFFIN and ‘swim.float.drown’ doesn’t change that. What I don’t mean is that it doesn’t have that MUFFIN sound thing going on, it does, but it wasn’t quite what I expected to hear. And I like that, I really like that.

The twist is that MUFFIN has taken the route of something that initially sounds more alternative rock than their previous releases and less off-kilter musically, although as it progresses you’ll find it’s not quite as straight forward as the start may sound.

This thing builds people, from an intro that sounds as though it could explode into some sort of post-hardcore track, but doesn’t. It is, as I’ve said, something alternative rock like.. And then, what the hell is going on here, there is this frankly scary section – I guess we could call it a drop-out – with that ‘radio’ vocal thing going on, and then, people, it fucking explodes. It gets loud, it gets real loud, it gets Sabbath grind out riff loud.

But, this being MUFFIN, are the band happy with something that sounds as a whole as simple as my description, are they hell. Let’s start with the vocals, because the first thing you’re going to notice is Matt’s vocals. The verses are delivered in this sneering style, they remind me vaguely of something, something I’ve heard at some stage in my like, can’t exactly say what. And then those vocals soar. Boy can that guy sing. But we’re not done with the vocals yet, there are chanted backing vocals, And in that ‘drop-out section’ Matt deploys something vocally that reminds me slightly of the spoken vocals in a Hawkwind track I use to test out my stereo set-up, and then just before it explodes he loses it, he loses it big time.

Musically, it would be the easy way out to just say ‘well it’s up to the usual high MUFFIN standard’, it is but there are things that I just have to highlight. In my repeated listens I’ve grown particularly attached to the bass playing on this track, it’s incredibly relentless. The guitar, well that is just fantastic.. And the drums are wonderfully musical, they’re not just providing a rhythm.

This is yet another hugely impressive release from MUFFIN. This thing rocks.

‘swim.float.drown’ is available on all online platforms