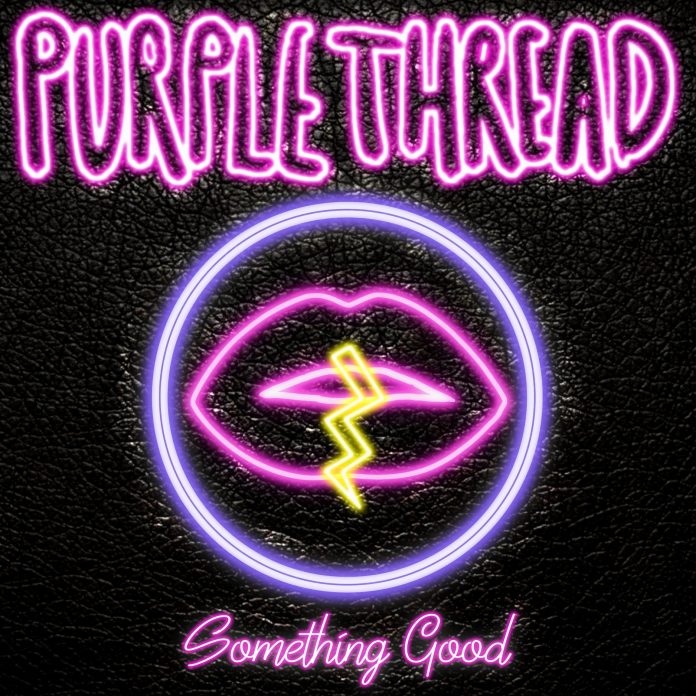 Oh I love it when bands throw me a curve ball, and Purple Thread have with this release. There I was expecting something all funky punky and then I hear this, the dirtiest piece of swampy mutant blues-rock I’ve heard in a long time. And, I have fallen hook, line and sinker for this track, it sits there daring me to play it again and again, louder and louder, louder so those guitars rip into my ears. Oh fuck this thing is so so good.

But over those growling roaring guitars Liz sings in the most compelling way, she employs that New York punk thing, she has the sweetest blues holler, and there are touches of that oh so bloody pure voice we all know she can pull out of the bag. And although it’s not funky punky, it is funky, boost the bass way up on this thing and there is just the grooviest bass-line going on.

But it’s the guitar on this that’s going to melt your head people, this builds and builds into a maelstrom of noise that is just so addictive. It builds with a slight detour into something that’s not swampy, it’s nearly vaguely poppy, but that’s just something that relieves the pressure before it launches back.

And there is this what I can only describe a breathy interlude that is frankly dirty, which has started me thinking… nope won’t go there, you’ll have to see what you think when you listen to it, which you will, that’s kind of an order.

It has, if I really have to pull out a sounds-like here, the slightest touch of Black Rebel Motorcycle Club. But a sounds-like list here just isn’t going to be useful because all I can think of is this punky swampy blues-rock band I used to go see in Camden back, oh way too many years ago to say (wonder what happened to them, it’s so long ago I can’t even remember their name). I don’t know, think early ZZ Top played by a band of desperadoes hyped up on bad drugs and Jack.

This is just… it’s so good that… Words fail me. Do I recommend it, hell yeah people, listen to this now.

The track is available on all major digital platforms including Spotify, iTunes, Amazon and Google Play.