Shanghai Treason play Celtic Punk – you know the sort of thing, Celtic music played at a raucous breakneck speed, use of traditional instruments. The thing is that you may be reaching for a Pogues comparison tight now, well stop that, stop it now.

Because you see Shanghai Treason don’t really sound like the Pogues; they’re smoother, the punk is more rocky than dishevelled. I’m guessing though that some of you will still be comparing them to the Pogues purely on the fact that the band’s music is based on that Celtic feel. I can’t stop you doing that. But honestly Shanghai Treason have very much their own thing going on.

‘Emerald Causeway’ is actually less rocky than some of their previous releases; less rocky and less, let’s say loud. The banjo is way up in the mix, the guitars are there but in the background. It’s almost more traditional. I think of it as a dance track; a kind of seriously riotous frantic dance yourself into a sweating heap track. Indeed I found it hard to stop myself from having a madcap dance before I could sit down to write this review.

The playing on this song is frankly astounding – quite how the person playing the banjo could keep that going the whole way through I don’t know. And yes, I’m aware that you can record stuff in sections but the song sounds like it was played live; and that is absolutely right for music like this. So please allow me my fantasy that the banjo part was all in one take.

It’s a song full of the sound of joy, a beat that’ll have you up and moving madly. I may suggest it’s a song to keep a hold on until lockdown ends; when you can dance madly with friends. But in the meantime play it loud and proud and have a little madcap dance at home. 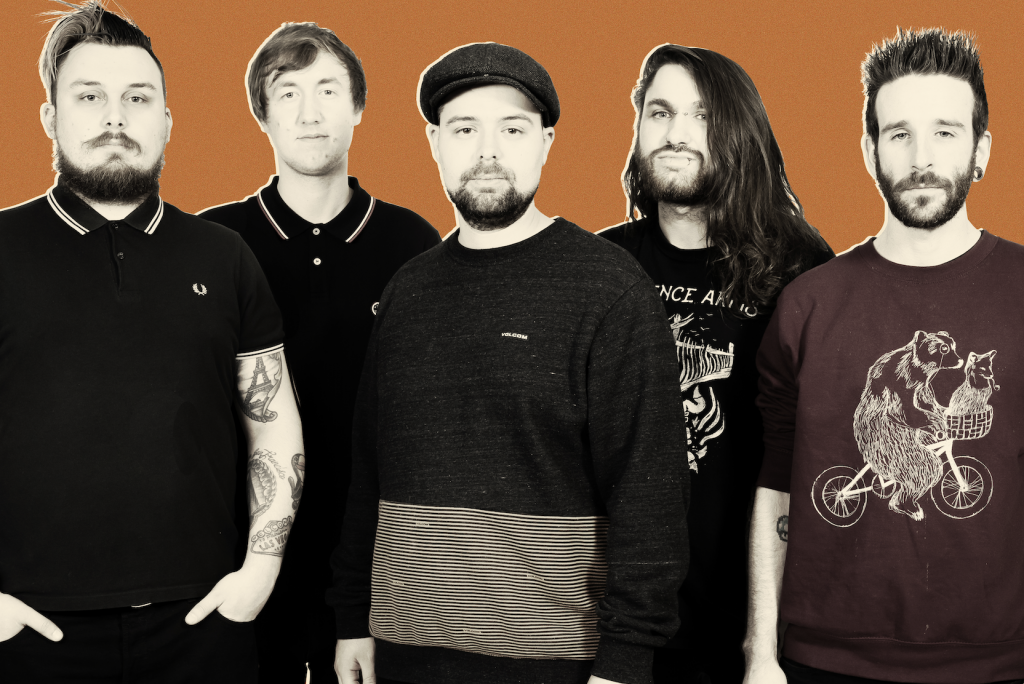 Since launching in 2019, Shanghai Treason have released a string of singles and E.P’s, quickly becoming a regular feature on many Celtic Punk focused blogs, radio stations and publications. The band also began to take their first tentative steps onto the UK live music scene playing shows up and down the country in support of their releases.

The self titled album ‘Shanghai Treason’ is due to be released in June 2021 and will feature 11 tracks including guest violin from Ferocious Dog’s Dan Booth. Shanghai Treasons resident multi-instrumentalist Tom Hardy has said “We used a small arsenal of instrumentation on the album. In addition to the core instruments, we have brought in the Bouzouki, Acoustic Guitar, Tenor Banjo, Bluegrass Banjo, Piano, Accordion and the Fiddle. The Dulcimer can also be found in a small section of one particular song, see if you can hear it!

“I’m itching to get back out there and tour this album, we’ve got a killer set and we’re ready to cause a ruckus” – Sam Christie (Vocals)

‘Emerald Causeway’ is the first single from the album.

“For me, Emerald Causeway is what we do best and what I love about this genre. It’s fast, explosive, feel-good, and makes you want to move”- Tom Jackson (Guitar)

“Energetic hard hitting instrumentation, extremely catchy vocal hooks throughout, and some awesome banjo playing, I know it will have the whole room moving as soon as we can perform live again!” – Alex Fell (Drums)