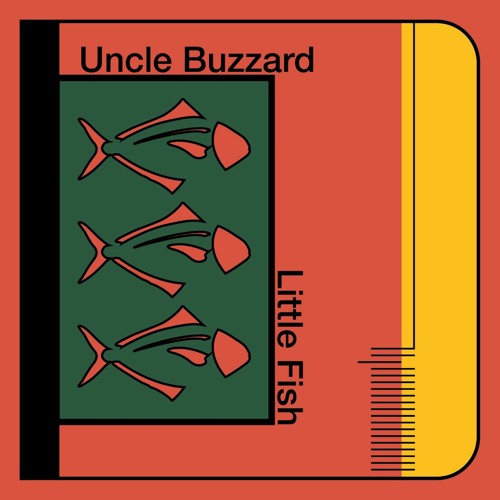 I thought I’d got what Uncle Buzzard do, it seems I was wrong. ‘Little Fish’ is an unexpectedly mellow pop song with a huge dose of jazziness.

It kinda does a mellow/funky jazzy switch thing through this track – more beaty sections and hugely mellow laid back almost slightly psychedelic sections. Having written this I’m rethinking how I described it in the opening paragraph. I mean yes it’s a pop song in some ways but it’s something more than that. There is something about the way it’s put together that has something of a ‘prog structure’ to it. I’m not entirely sure that the band would like that but that’s how I hear it. The quirky keyboards that they throw in just emphasise that.

The thing is that way back in my somewhat misspent youth I recall chilling out to music that had what this track has, and something of the sound it has. It has a way of taking you on a musical journey, the different sections meld into something more than the sum of their parts. It’s this that raises it above the level of pop, Although you could think of it as pop, it has tunes to die for, a bass line I’ve grown addicted to. And those dreamy sections are just so good.

So it does a clever thing – it manages to cross-over between pop and music that is technically way more complex than pop. And because of that it ticks boxes for a lot of people. And it’s glomming onto that wave of jazzy/funky influenced music that seems to be sweeping gradually across Leeds right now.

I realise at this point I’ve failed to mention the playing at all, this is an outrageous omission. So to correct that. The playing on this is fab. The feel is loose yet not loose – that bass holds the funky jazzy sections together, the dreamy sections have a fuzziness at the edges that is wonderful.

This is an absolutely bloody fantastic release from Uncle Buzzard. I get more and more impressed with each release from the band – the range of what they do, the writing, the playing. How’s the time to get on the Uncle Buzzard trip people.