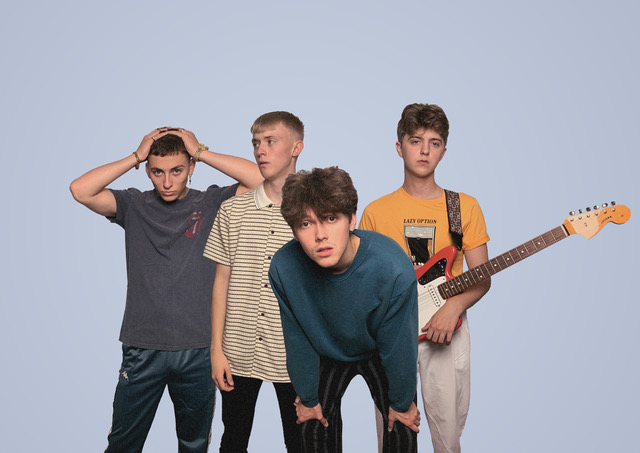 AMONG THE CITIZENS have announced a new single ‘In Your Car’, set for release on 11th October 2019 amidst a run of UK headline shows.

Proving it’s not all about your Vorsprung durch Technik, the East Anglia four piece switch it up a gear with a sleek and essential new addition to their repertoire.

Fitted-out with the slick manoeuvrability of Two Door Cinema Club at their performance-best and hued with the neon glow reminiscent of Phoenix’s indie-electronica essentials, ‘In Your Car’ sounds at once tangibly classic and vibrantly modern.

With production by the esteemed Jon Hucks (Spring King, Years & Years) and with additional mastering by Mike Cave (Lewis Capaldi, Charlatans), ‘In Your Car’ sees the pair take the wheel to deliver one of Among The Citizens’ most polished and electrifying releases to date.

Among The Citizens are an indie/alternative band based near Peterborough, UK. Inspired by a range of artists from new-wave luminaries The Cure and Echo & The Bunnymen, to the distilled atmospheric indie-pop of more contemporaries such Jaws and Hunny, the quartet channel their influences into their own definitively dreamy sound. Infusing lush synthesisers, infectious chorus-washed guitar lines and impassioned vocals, the band have caught the ear of radio supremos the likes of Steve Lamacq and Tom Robinson (BBC 6 Music), BBC Introducing and Amazing Radio who have all spun their tracks to date.

Beginning 2019 with a bang, Among The Citizens were named on the ‘Big in 2019’ list published by This Feeling in association with Fred Perry Subculture, and went on to release insurgent springtime single ‘Next Time’ which was championed by the likes of When The Horn Blows, Born Music Online and It’s All Indie.

Having performed at some of the nation’s most respected festivals including The Great Escape and 110 Above, and supported a crop of great talent the likes of Gengahr, Valeras, Apre, Bloxx, Childcare, Eliza & The Bear and Rascalton throughout the year, the band now look forward to a headline tour of their own that will see them play 9 dates nationwide throughout the Autumn. Full dates and details included below.

AMONG THE CITIZENS 2019 TOUR DATES