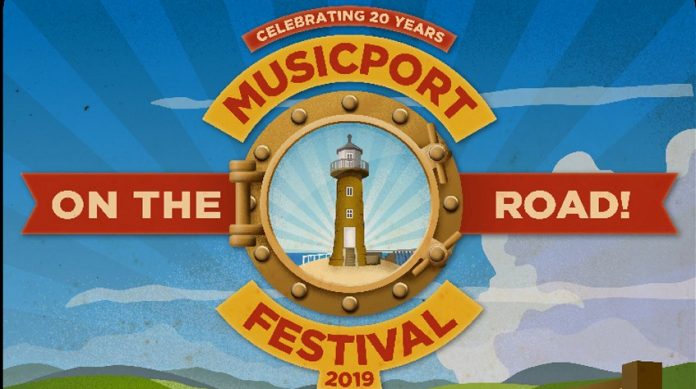 With less than 4 weeks until the 20th Musicport Festival founder and director Jim McLaughlin believes it is the strongest line-up in its 20-year history. With over 3/4 of the tickets sold people are advised not to wait too long before booking as there is no guarantee there will be tickets on the door. There are also still spaces at Indoor camping for those wanting to get the full festival experience (although admittedly it does have central heating, full kitchen facilities and showers).

Jim McLaughlin says “We are really excited by this year’s programme … there are too many potential highlights to actually single out any in particular as in lots of ways this can be seen as a “Best Of Musicport” line-up to celebrate our first 20 years. We are also expecting to be able to announce a major new initiative at this year’s festival which will provide the basis for major developments to take the festival forward for the next 20 years. “

Late additions to this year’s published line-up include :

· Paul Armfield – ‘A hidden treasure, heir apparent to deathless troubadours such as Tim Hardin ’Paul will be performing Saturday and will be involved compering and performing on the village tour (21st -25th)

· Fie Fie Fie – They got a standing ovation when they last played the festival.

· The FM Organ – a playable drone instrument, built by Yorkshire artist Napoleon IV -using 10 FM transmitters and 27 FM radios. It will be installed in the basement of La Rosa Hotel just over the road from the main venue and free to view /interact with throughout weekend.

· A showing of the film of Jeremy Hardy at Musicport ’16 as a tribute to the much-missed comedian.

Young people’s activities: The Makee Marquee has a variety of activities including “Create your own Desert Island” and “Weave Away”, while Captain Kipper will entertain with his special brand of tale-telling and magic – ooh aaarrrr! There will be pop-up magic too from Paul Bower, and a special percussion workshop on the Blundabus … plus henna t-shirts and a junk instrument workshop led by Maurice of the Really Rubbish Orchestra from Northern Ireland.