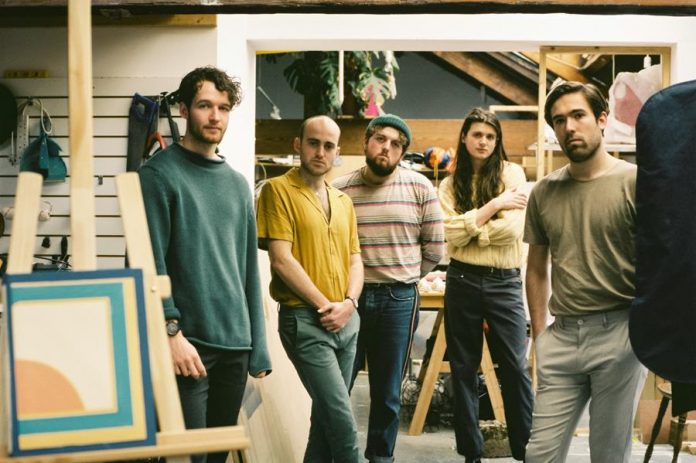 Heir are a DIY-pop band from Leeds. Organic songwriting, infectious rhythmical hooks and powerful vocal harmonies have propelled the five-piece to striking independent success. After hitting viral figures on Spotify with their debut single, ‘I’ll Pick You Up’, they have since performed at Reading and Leeds Festival, worked with producer Ken Scott (The Beatles, David Bowie) and launched their own collaborative arts night, Blueprint. In celebration of the release of new music the band are heading out on tour across the UK and Europe, which will begin with a sold-out show in Leeds.

‘After Forever’ may well be their grooviest yet. It’s the latest in a string of classy pop tracks, delicately crafted to depict the confusion, love, sadness and promise that accompanies life as an early twenty-year-old. The band have a reputation for feel-good, ’80s throwback energy but they also cite honest and thoughtful songwriting as one of their primary pillars of inspiration. “As well as gravitating towards writing music that makes you want to move we also love the process of getting right inside the story-world of the lyrics. I think with this latest stuff we captured a rhythm of writing that channelled a little bit more of that simple songwriter sound that we grew up listening to.”

Get tickets for UK tour via:
heirtheband.com/heir–tour.html

It is this marriage of two of popular music’s most charming features that makes Heir so exciting. Combining the synth-driven, party-playlist sounds of Prince and the ponderings of Paul Simon, the anthemic Fleetwood Mac-esque choruses and the rhythmical prowess of HAIM and Parcels, these boys have an energy that flows from the heart, bounces about on stage for a bit before hitting you in the chest and winning you over in an instant.

“It’s an absolute privilege to be in a position where we can release music that means so much to us.”, says Sam Luca (keys). “Looking at it now we have all sacrificed a lot to be in this together. The project is so collaborative and intense and challenging but we wouldn’t want it any other way. It keeps it magical knowing that the music only breathes with the life that we want it to when everybody is in on it.”