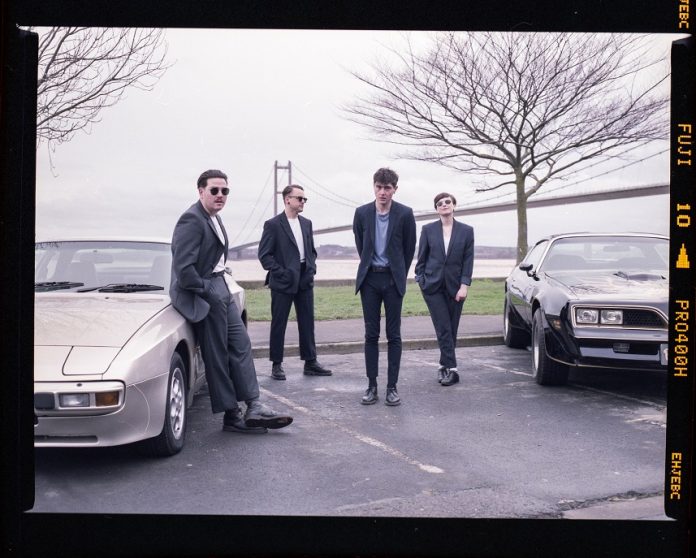 Hull outfit LIFE are back with the first single to be taken from their highly anticipated second LP. ‘Moral Fibre’ is an anthemic and frenetic slice of art-punk laced with sardonic and irreverent lyrics. Produced by Luke Smith (Foals) and mixed by Claudius Mittendorfer (Parquet Courts), the band hone in on a bigger and more focused sound.

Speaking about the single, frontman Mez Green says, “Moral Fibre is a stinging and frenzied shut up and step aside – a tongue in cheek reflection on the music industry, that beige scene, those that pimp poverty from Mummy’s detached house, those that trade in fair-trade cocaine and those that preach behind their keyboard. I’m taking the piss, but I’m deadly serious!”

In April, LIFE embark on a sold out two-week European tour as main support for IDLES and will also play one of three sold-out London shows at the Electric Ballroom. The band are also set to play numerous festivals across the UK & Europe including Liverpool Sound City, The Great Escape, 2000 Trees, Pukkelpop (BE), Best Kept Secret (NL), Pahoda (SK), Rock The People (CZ) and more to be announced.

Described by DIY as “an unhinged depiction of modern-day punk”, LIFE’s anti-establishment outlook and witty, off-centre social commentary underscores everything they do. Very much the antithesis of all things London-centric, the band hail instead from the current City Of Culture, Hull, and tackle the new wave of youth and working class discontent with both savvy and style.

Known for a strong community ethic, clever wordplay and energetic performances, ‘Popular Music’ made it onto BBC Radio 1’s best albums of the year list and gained multiple playlist adds on BBC6 Music. LIFE were also picked by the likes of DIY, Metro, So Young and Fred Perry Subculture as their ‘Ones to Watch’ at the start of last year and Steve Lamacq praised the band for being “…weirdly uncompromising and addictive” when placing lead single ‘In Your Hands’ in his best of the year list.

LIFE were also invited to perform a live session for Huw Stephens at Maida Vale and to play at Radio 1’s Big Weekend, where they were the only unsigned act on the line up. Further live credentials include performances at SXSW, Reading & Leeds, Latitude, Reeperbahn and The Great Escape, as well as tours with Slaves, Nadine Shah and IDLES alongside significant headline shows of their own.

‘Moral Fibre’ will be released via the band’s own label ‘Afghan Moon’ and will also see them partner for the first time with PIAS.